This is his 58th article.  Click here for his entire series. 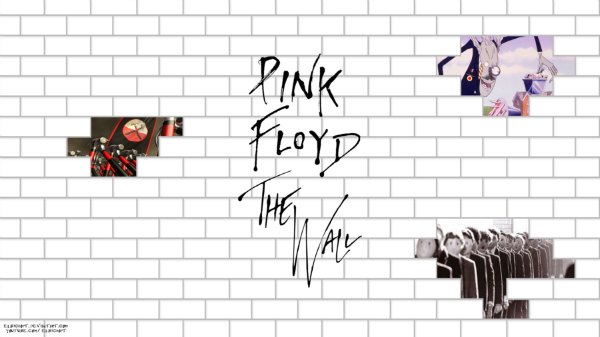 In 1977, the band, Pink Floyd, was playing their final show of their In The Flesh tour at the Montreal Olympic Stadium. A group of boorish fans annoyed frontman Roger Waters so much that he leaned over and spit at them. David Gilmour, equally irritated, refused to play on the final two songs.

This incident gave birth in 1979 to a theatrical, double album, The Wall, that has sold over 12 million copies. The songs contain themes of abandonment and self-imposed personal isolation. The overarching theme has a band slowly building a massive wall between itself, as performers, and the audience. When performing the piece live, a forty foot wall made out of massive cardboard bricks was erected between band and the patrons.

The songs on the four sides are beautiful and still classics. But the concept still bewilders me. Why build a wall in the space between performer and audience? This is totally counterintuitive. The value proposition is for the producer of the art to attract the consumer.

There are similar inconsistencies that we read in the headlines on a daily basis. Take the case of Bowe Bergdahl, the US Army soldier captured by the Taliban in Afghanistan on June 30, 2009. The US engaged in negotiations to swap prisoners with the Haggani network through third party intermediaries, and Bergdahl was exchanged for five Taliban prisoners held in Guantanamo Bay.

One of our most important military core values is that we don’t leave Americans behind on the battlefield, alive or dead. I can tell you from personal experience that this principal provides a level of comfort when you take risks in combat. You will not be abandoned. Yet that is exactly what critics of the Bergdahl exchange were advocating. Yes, we roundly proclaim that we do not negotiate with terrorists, even though everybody knows we do. Yes, the facts surrounding his capture are unclear and may lead someone to think he might have gone AWOL. So, what? We should leave an American soldier behind who has been tortured and caged for five years? Preposterous!

The current political food-fight over immigration is similarly inconsistent. We have all been raised to know that an American core value is contained in Emma Lazarus’ sonnet The New Colossus, inscribed on a pedestal of the Statue of Liberty.

“Give me your tired, your poor, your huddled masses yearning to breathe free. The wretched refuse of your teeming shore. Send these, the homeless, tempest-lost to me.”

Yet those who are cruelly advocating the immediate deportation of the thousands of Central American children that have sought refuge in our country must have skipped this chapter in high school civics. Some of these kids have parents in this country; many have relatives or friends. Most are fleeing abject poverty and high levels of violence. But, there is a faction of life here who would build a wall to keep “those people” out. Maybe it’s because they have brown skin and speak little English. I have often wondered if this flood of oppressed immigrants were blond, blue-eyed refugees, and escaping Scandinavia, would they face this opposition. There is a reason that Cuban refugees have been treated more deferentially than Mexican and Central American immigrants. Cubans have lighter skin and tend to vote Republican.

Let’s be very clear about the political calculus of the immigration issue. Republicans know that if a refugee has brown skin, he, or she, is likely to be a registered Democrat in the event of future citizenship. That’s why amnesty for the 11 million or so undocumented residents in this country is anathema. It is an issue of political suicide. In the year 2042 the white race will be a minority in this country and if Republicans continue with their existing political platforms, they will become irrelevant. Rather than change their policies to accommodate the new demographic realities, they choose to become uncivil engineers and build walls.

Walls at the border; walls in front of polling places; walls of aggressive protestors in front of abortion clinics; walls of tax protection for the wealthy and corporations. It’s as though this country has turned into this giant, gated community, designed to keep out the very people we pledged to help in Emma Lazarus’ sonnet.

The latest example of this behavior is related to the Ebola epidemic. This devastating disease has raced through at least three countries of West Africa in the past few weeks with a mortality rate of over 60%. Heroic health workers from around the world have responded in noble ways to care for its poor victims. Two Americans, Dr. Kent Brantley and Nancy Writebol, contracted the disease while caring for patients in Liberia, and were thought to be at death’s door. They were treated with an experimental drug, ZMapp, and arrangements were made to fly them back to Atlanta, to be treated at a unique isolation ward at Emory University Hospital.

All of a sudden the wall-builders and isolationists reared their cruel heads on social media. “Keep them and their disease away from our shores.” “Don’t let them in!” We seemed to go back to the days of shipping our lepers off to the colony on Molokai. What next, should we open an Ebola annex at Guantanamo Bay?

The Republican Party desperately needs another Ronald Regan. “Take this wall down!” The sooner the party starts dismantling walls rather than building them, the sooner it will become relevant to the America “that is to come”.