This is his 59th article.  Click here for his entire series.

Tip of the Hat 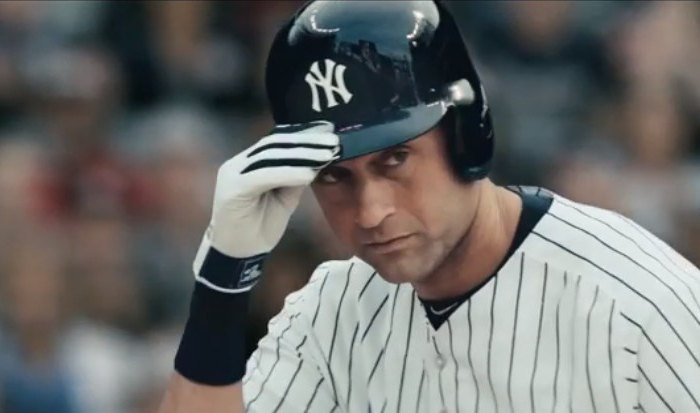 On my frequent walks down 5th Avenue in New York City, there are two places where I reflexively tip my hat. One is St. Patrick’s Cathedral, between 50th and 51st streets. The other is the southwest corner of 43rd street. My Dad managed the construction of a bank building on that corner, and the structure, now a retail store, still stands. While he was working on the project, in 1951, he used to take me to work on Saturdays and I remember sitting on the curb watching the building go up. These days, I tip my cap as a sign of respect for my old man.

There are other occasions where I doff my “cover”. On my morning walks I tip my hat when passing a female walker or runner. Can’t help it; couldn’t stop if I tried. In days gone by I used to uncover and place a hand over my heart when the colors were presented, the flag was raised, or the national anthem was played. However, I have changed my MO since the passage of the Defense Authorization Act of 2009. This bill has given permission for veterans and active duty servicemen and women, not in uniform, to use the hand salute in those circumstances. I am proud to do so.

The tip of the hat is a condensed form of the more formal rubric of the full hat removal. Back in the days when gentlemen wore an obligatory homburg, trilby, fedora, bowler, top hat, boater, skimmer or summer straw, men would lift their hats not only to women but to one another. This practice probably had its antecedents in the military salute. And, the military salute probably originated in the Middle Ages during the period of chivalry.

As knights in full armor would pass one another, they would take their sword hand [right] and raise the visors of their helmets. It was a sign of respect and non-belligerency. The visors usually had a knob or protuberance that facilitated this practice. The message was, “I don’t have a sword in my hand and let me show you who I am”.

In sports, competitors show respect for one another in unique ways. Tennis opponents applaud a good shot by silently thumping the strings of their racquets with an open palm. Hockey players beat their sticks on dasher boards. Classical musicians salute their conductors by beating their bows against the strings of their instruments. Even rock-and-roll drummers give “props” to their fans by beating their drumsticks together.

There are a few individuals that have impressed me with their actions in the past few weeks. I want to take the opportunity in this post to recognize them by a “tip of the hat”.

Kudos to Gregg Popovich, head coach of the 2014 NBA champion San Antonio Spurs, for hiring Becky Hammon, 37, as the first female assistant coach in the league. Fans of women’s basketball know Hammon as a tenacious WNBA point guard, six times an All-Star, with a killer crossover move. However, “Pop” said he hired her for her basketball IQ, her work ethic and her interpersonal skills. Popovich coaches a virtual United Nations of players in San Antonio, with key contributions from European and South American imports. In welcoming a woman’s voice to his leadership team, he has shown his genius, vision and courage once again.

I tip my hat to retiring Yankee shortstop Derek Jeter. His on-field statistics might merit a unanimous vote into the Hall-of-Fame in five years when he becomes eligible. However, my admiration is principally for his values and character qualities. He has conducted himself in this, his 19th and final season, as he has his entire career, with class, humility and respect for the game. This is a star player who still calls his former manager “Mr. Torre”. This is a handsome bachelor with an active social life who has never had a hint of inappropriate behavior ascribed to him. No steroids; no tats; no vulgarities; no showboating; no DUIs. The man has just come to the stadium to work every day and given his all.

Another athlete from New York gets an appreciative nod. Former Buffalo Bills quarterback, Jim Kelly, is fighting the battle of his life. He has been struck with a second bout of cancer in his head, jaw and mouth. He is undergoing rounds of aggressive chemo and radiation and had a big chunk of his jawbone removed surgically. The 57 year old veteran of four losing Super Bowls is enduring this challenge with his characteristic grace, courage and aplomb. This grittiness was first put to the test when he lost his young son to a terminal illness. His family is rightfully proud of the admirable qualities now known as “Kelly Tough”.

The final tip of the hat goes to my president, Barack Hussein Obama. I confess I voted for him twice and I respect and admire many of his accomplishments. He has also screwed some things up royally. His inability to commune with members of Congress has contributed to gridlock and legislative constipation in Washington. His lax oversight of the Veteran’s Administration and the IRS are deplorable. I disagree with his aggressive posture in matters of domestic surveillance and data gathering. However, he has faced an unprecedented barrage of mean-spirited criticism. The public hate and vitriol emanating from his detractors is hostile, personal and frequently steeped in racism. Through it all, Obama has displayed great equanimity, grace and restraint. His dignity under fire has been inspirational. For that I tip my cap to him.

See also  USA vs Jamaica: Was Project 30 a Success?

In future posts I will periodically “tip my cap” to the deserving.