Ernie Bullard died on Aug. 21 from complications following a series of strokes and heart attacks during the past year at the age 77.

He is best remembered of his long Track and Field Coaching careers at San Jose State University and the University of Southern California.

Among the USC athletes he coached were Quincy Watts, who went on to win the 400m and 4x400m relay gold medals at the 1992 Barcelona Olympics, and 1989 NCAA 110-meter high hurdles champion Robert Reading.

“Coach Bullard was a great man and a loving person. I am forever thankful to him for giving me the opportunity to be a part of the Trojan Family. It is a sad day for me. He will truly be missed by me and by so many others.” — Quincy Watts

In September 2011, I had the honour of interviewing Ernie Bullard near his home in Stockton, CA. The topic was Bud Winter and Speed City. It was recorded in a restaurant, so you’ll have to deal with the sound of dishes and cutlery! 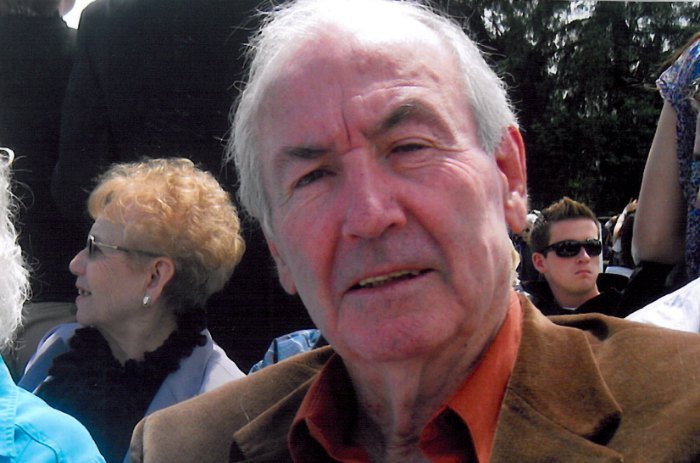 Photo by Denton Bullard, circa 2011

Bullard came to USC after spending 14 seasons (1971-84) as San Jose State’s head coach, where he won nearly 80% of his dual meets (84-22), with 6 of his teams finishing in the Top 10 in the national dual meet rankings and 7 squads winning conference titles.

Prior to that, Bullard was an assistant at San Jose State for 2 years (1969-70), including on the Spartans’ 1969 NCAA championship squad.