This is his 63rd article.  Click here for his entire series. 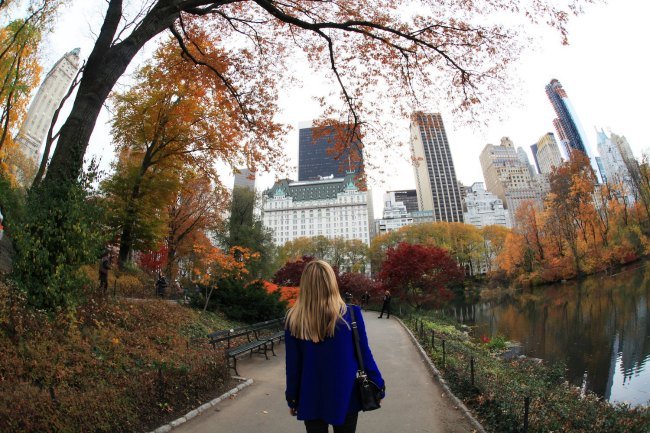 I love Central Park. Established in 1859, these 840 acres are one of my favorite spots in the entire world. Designed by Frederick Law Olmstead and Calvert Vaux, this is more than just a park for residents and visitors. The home of 230 species of birds, one can cycle, jog, walk, lay out in the sun, attend a concert or a Shakespearean play, sail a toy boat or row a real one, and this past week witness an equestrian exhibition. A New York Times article, published at its opening, correctly described the site as a “noble work, which is so clearly destined to be the honor and delight of New York”.

For me, a walk through this park elicits many feelings and memories, both bad and good. It is where a college chum of mine lost his life in an automobile accident; alcohol was a contributor. It is the finish line of the New York Marathon, and I still feel Fred Lebow’s ghost lurking around the next bend. It is where my favorite dog, Max, got hit by a taxi on West Drive as he chased a squirrel. It is where I was “one degree” from Kevin Bacon [we occasionally would walk our dogs together; he, frequently dressed in a blue bathrobe].

Central Park is where the brilliant artists Christo and Jeanne-Claude installed the orange drapes of The Gates, a massive work of environmental art that blew your senses. It is the place where I took several long walks with the late 60 Minutes newsman, Ed Bradley. We were armed with Cuban cigars [he favored Cohibas, I smoked Partagas], and we talked about jazz. It is the place where in June of 2000, 50 women were molested or stripped by post-Puerto Rican Day revelers. I remember how angry that made me.

There are some majestic vistas in the park; none more so than a stroll down the boulevard known as Literary Walk. As you find your way under a canopy of American Elms you swear you are walking in France. The Walk is anchored on the south by statues of Shakespeare, Sir Walter Scott and Robert Burns. Spending time in this part of the park is a spiritual experience.

I love the park for its heroic statuary. Alexander Hamilton in a grove of crabapples near the Metropolitan Museum of Art; Christopher Columbus at the foot of the Mall, Daniel Webster by Strawberry Fields; even a heroic sled dog named Balto, who reportedly delivered medicine to stop a diphtheria attack in Nome, Alaska.

The current environment has caused me to doubt that there will be a new sculpture in the park anytime in the near future. Post-Watergate journalism has installed a new paradigm in the Fourth Estate. The path to fame and riches seems to be to expose scandal and bring down the powerful. The would-be muckrakers see themselves as the only true heroes in the drama of life. Think of what they have done with the presidency since “All the President’s Men”. Nixon: crook and delusional. Ford: stumbling ex-jock. Carter: cardigan clad milquetoast. Reagan: addled actor. Bush Sr.: wimp. Clinton: serial philanderer. Bush Jr.: vapid frat boy. Obama: indecisive apologist. The only living person that comes to mind that is “statuary worthy” is Derek Jeter.

At the South Gate of the park, where it is met by the Avenue of the Americas [6th Avenue] there stand three heroic Latino heroes mounted on horses: Simon Bolivar, Jose de San Martin and Jose Marti. Marti, the father of the Cuban nation, was, besides a statesman and a warrior, a prolific poet. He wrote a beautiful little poem about friendship and forgiveness titled Rosa Blanca. Every Cuban schoolchild was required to memorize it.

I have a white rose to tend

In June as in January;

I give it to a true friend

Who offers his frank hand to me.

And for the cruel one whose blows

Break the heart by which I live,

Thistle nor thorn do I give:

For him, too, I have a white rose.

This poem gave me great solace in my thirteen months in combat in Vietnam.

Men who fear death sometimes make silly promises. I remember promising myself two things if I got out of my tour alive. First, I would buy myself a pair of Florsheim wing-tip brogues, because they were the farthest thing from the moldy, canvas jungle boots I was wearing. And, second, I would lay a white rose at the foot of Jose Marti’s statue in Central Park.

About a week after I returned I went to Barney’s, on 17th Street, and bought the shoes. I took the subway to 59th Street and bought a white rose from a peddler. After laying the rose on the ground and reciting the poem in Spanish, I sat down on a nearby bench; the bag with the shoes at my feet. I took a sip from a green can of Ballantine Ale, covered with a small brown bag.