Why Do I Coach?

You are here: Home / Coaching / Why Do I Coach?
47
SHARES
FacebookTwitter

Why Do I Coach? 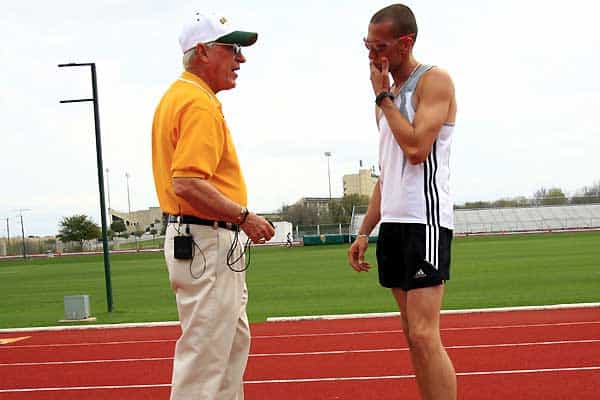 I’ve given this question some thought many times. Usually in the middle of winter, after a hard day at work, in the driving rain while standing on the timekeeper stand timing reps. It’s not often a great time to answer, but the question usually arises in my head about athletics being a summer sport!

Before I answer the question properly, it’s worth understanding the reasons for not coaching.

There are a small number of professional athletics coaches around, and I doubt any of them is in it for financial gain. More, it is a job they love, and they get just enough money to do it as a living. For the rest of us, it is pro-bono volunteering for the sport. Personally, I was never an athlete. I never competed at anything more than a school sports day, so it isn’t even that I’m giving something back. Strangely, a large number of people are under the impression that all coaches are paid. Even some of my athletes think I get paid. I’m not sure where the parents and athletes think the money comes from. My club charges £30 a year fees (which includes the NGB fees), then £1 per session for training. If they think that goes to the coaches, I’m not sure where they think the money to run the club comes from. Realistically, they don’t think about it at all. Obviously for them, the club just runs itself.

Which actually segues nicely into my next point. The amount of time the athletes see me on the track is at less than half of the time I spend on coaching. They have absolutely no idea how much time goes into training, planning and preparation. Again, if they thought about it at all, they would probably think we download a training plan from the internet and deliver that.

Well, at least it doesn’t cost me anything. Oh wait, it does. When I travel to Birmingham to watch an athlete race, or Bedford or Sheffield (why are there no local fixtures in athletics?) it is on my dollar. My club would pay for it if I sent them a bill, but they have better things to spend their money on, so I never do.

Luckily the athletes appreciate it. That they all show up week in, week out, rain or shine, knowing I (and my fellow coaches) will be there, having prepped the session for them. Oh, wait…

It all adds up to very good reasons to stop coaching. But all this moaning isn’t me. It is the things that others have said to me (especially my wife for the expenditure issue!).

So why do I coach? First let me explain why I don’t want to get paid to coach. For a moment, I will suspend the reasoning as to whether I’m good enough, which makes this an academic question. Someone asked me at the last European Speed Conference whether I would like to coach professionally, and it was the first time I’d really considered it. They were working hard to get themselves in a position to do so and wondered whether I’d considered the same thing. The answer came to me quickly, and it’s fairly simple.

I coach because I enjoy it, and when I stop enjoying it, I’ll stop coaching.

It isn’t paying my bills, so there’s no restriction on me. I can also coach anyone, not just the people that can afford me. I can set my rules how I like and if the athletes or parents don’t like them, well you get what you pay for! I remember the great Tom Tellez, at the same speed conference, ending his keynote by saying that he never took a dime from the athletes he coached, including Carl Lewis. He felt that gave him a level of authority because the only reason he was at that track was because he wanted to be. Nothing else. I liked that because it summed it up quite nicely.

So the answer to the question?  Why do I coach?

Because I love doing it.

It’s innate.  It costs me money and takes up my time, but so would golf if I decided to play that instead. But I wouldn’t enjoy it as much. No-one coaches for plaudits, most laymen, would not know Glen Mills if he ran them down in the street. But there is an extraordinary satisfaction in quietly enabling a person to become the best they can be and seeing them achieve their potential. Whether that is winning an Olympic Medal or running a personal best… that’s what life is all about. You’re helping others for no other reason than because you can. That’s the best reason it is.

Lee Ness is a UKA qualified Event Group Coach for Sprints and Hurdles, the Head Coach/Sprint Coach at City of Salisbury Athletics and Running Club and Track and Field Team Manager for Wiltshire Athletics Association.

The book,The Sports Motivation Masterplan, is a support guide for athletes and parents, helping them with the role of mentor through their journey from young aspiring athlete, to elite performer.

Buy it on Amazon USA.

Buy it on Amazon UK.