This is his 66th article.  Click here for his entire series. 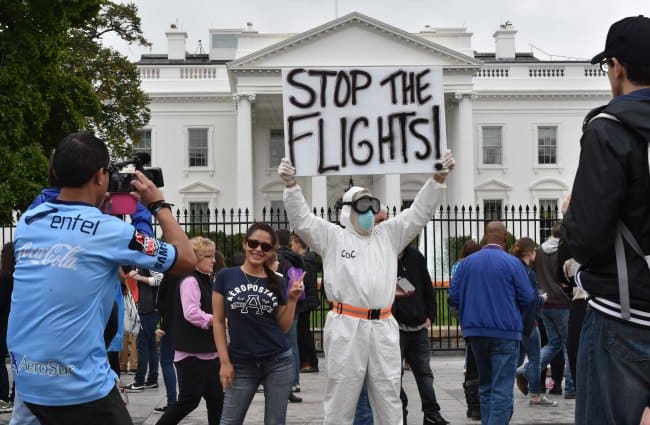 This phenomenon was first discussed by Walter Bradford Cannon in 1929. It is a physiological reaction that occurs in response to a perceived harmful event, attack or threat to survival.

I went through hundreds of training exercises in my military career to teach me to “fight” reflexively and to dissuade me from yielding to “flight”. I am sure it was the “fight response” last week that allowed Megan Silberberger, the heroic teacher in Marysville, WA, to rush to the aid of her students being fired upon by Jaylen Fryberg. Instead of running away, she grabbed his shooting arm and helped to subdue him.

On January 15, 2009, as I watched from the new offices of The New York Times, Chesley “Sully” Sullenberger successfully ditched US Air Flight 1549 in the freezing waters of the Hudson River. After his engines were demolished by a flock of Canadian geese, Sullenberger had the skill and grit to use his training to save all 155 aboard.

Last week, in a lull between my classes, I visited the 9/11 Memorial for the first time. Having lived in New York during that awful period, I knew more than a bit about how that event transfixed the city. As I walked through the mature trees that have been planted in the plaza, and said a small prayer at the footprint water-features, I thought of the brave cops and firefighters. They dutifully ignored the urge to flee and fought their way up those staircases to try to save their fellow man.

On another level, I could not be prouder of my homeland, Cuba. This impoverished little island with only 11 million residents has made it a habit to come to the aid of nations in need. In the aftermath of Haiti’s 2010 earthquake, Cuban doctors took the lead role in treating victims of cholera. Some of their First Responders returned home infected with the disease and there was an outbreak of cholera in Cuba; the first in a century. As the world takes tentative steps to curb the Ebola pandemic, Cuba has pledged to deploy hundreds of doctors. They have trained 460 doctors and nurses on the stringent precautions that must be taken to treat people with the highly contagious virus. The first group of 165 professionals arrived in Sierra Leone in recent days.

The Editorial Board of The New York Times lauded the Cuban effort in an essay titled “Cuba’s Impressive Role on Ebola”.

In this country the Ebola epidemic has unleashed a reaction in some that makes me feel less than proud. This is the “silly season” in American life; the period of time before Election Day. Any bit of troublesome news becomes fodder for the beady-eyed weasels who are trying to get our votes. Candidates are pandering to their supporters and feeding the ignorance, fears and isolationism that frequently accompanies crises. Any difficulty that we experience is being blamed on government, in general, and our president, specifically.

The “private sector”, “free markets”, “entrepreneurship”, “capitalism” and “individual freedom” are given attributes of sainthood while the satanic   “bureaucracies”, “regulators”, and “tax and spenders” are the root of all our problems. Well, government does not have a monopoly on screwing up. Yes, there were problems in the rollout of the Affordable Care Act [Obamacare]. But we just witnessed the monumental foul-up caused by Apple’s launch of its iOS-8 software, where millions of iPhones could not make a phone call. Government may have the capacity to intrude on our digital lives but I don’t recall reading that any major governmental agency has been successfully attacked by hackers. The same cannot be said about Target, JP Morgan, Home Depot and hundreds of other private enterprises who have turned our identities over to the Russian mafia.

Government is us; we are the government. And, it is in times like these that we need to act collectively for the common good and not “every man for himself”. Wars, epidemics, financial crises and periods of terrorism require us to band together to bring out the best in us rather than yield to demagoguery that brings out our worst.

Last weekend I watched two boneheaded politicians trying to out-do each other in playing to our worst instincts. The Governors of New York and New Jersey, the brutish Chris Christie and the oily Andrew Cuomo, held a joint press conference and performed an unctuous pas-de-deux, totally politicizing Ebola. They announced joint quarantine measures that were so draconian that they had to back down on Monday. They spent their time trying to “out-macho” one another and show their constituents how tough they were.

Say a prayer for them.