What Can We Learn from Secrets of Soviet Weightlifting?

You are here: Home / Coaching / What Can We Learn from Secrets of Soviet Weightlifting?
74
SHARES
FacebookTwitter

He outlined the four basic rules that he found common to the Soviet lifters:

Or, in plain English:

The question is, can you apply this to Track & Field, and more specifically, sprinting? 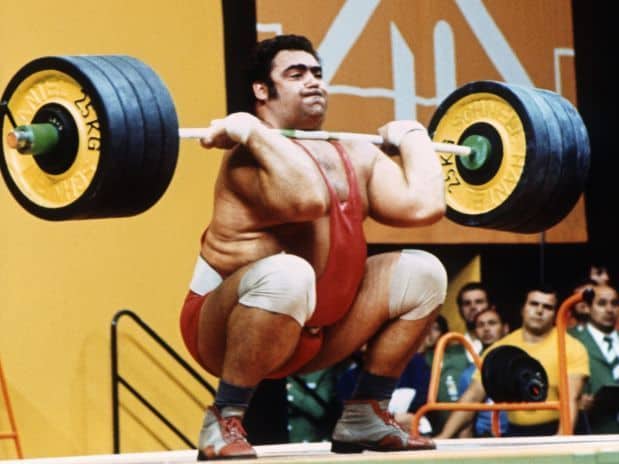 The answer is yes, if you believe in the long-to-short method of training. You can get away without putting a pair of spikes until January.  You can still run at sub-max speeds, and race well next year, but the main difference in workouts is volume and recovery.  If you live in a country with bad weather and no facilities (cough cough Canada) then you take what you can.  You can probably break 50 seconds for 400 meters, but a low 44 or high 43 seems highly unlikely.  Talent and hard work will take you so far.

Most track coaches like to have volume and intensity in a linear fashion.  I certainly do.  (At least, scientifically it makes sense?)  Maybe this is one something to research?

Another good point of reduced intensities is what Clyde Hart has been saying all these years… you have to train slower to run faster.  I’ll take an uninjured, untrained athlete any day.  But some athletes do not have the confidence in this program and will start second guessing the coach when they have a bad race.  Or bad season.

But finally, the big factor I agree with is, you don’t have to be 100% exhausted after every hard workout.  Yes, I like my hard days hard, and my easy days easy, but that doesn’t mean running your athletes into the ground.  And we won’t talk about the butt-locking lactic-acid medium-intensity repetitive-intervals short-recovery workouts here!  Remember, the Russians measured everything, because you can’t improve what you don’t measure.

Speedwork has a Shelf Life

On the contrary, any coach who follows the short to long approach will cringe at the advice of the Soviet Secret training methods.  So do you really should try to copy this analogy of Soviet secrets to your Track and Field program?

Once you have that philosophy engrained, then the question is how often do you run fast?

Speedwork has a shelf life, which means your body has to remember (at a neuromuscular level) the benefits of speedwork at top speeds (95%).  But how long between workouts?  Some say 48-72 hours.  For Masters, it could be more, up to 4 days between fast workouts.

This is the art of coaching, and no textbook or Blog can teach that.