This is his 68th article.  Click here for his entire series.

Here’s a musical trivia question for you. What identical song title graced hits by the Beastie Boys, the Clash, and R. Kelly? The answer is Remote Control. The Beastie’s song contained the lyric, “Remote control to change the station, but that won’t change your situation”. Profound! The Clash’s offering was a noisy stew while R. Kelly gave us his usual dose of salaciousness.

Our chapter of civilized life has come to be largely defined by the Remote. We push little buttons to select viewing options, making a sedentary activity even less taxing. We are able to engage the home burglar alarm from the office, sparing us the embarrassment of admitting we forgot. Surgeons now remotely perform robotic procedures from other locales, totally eliminating the need for any bedside manners. 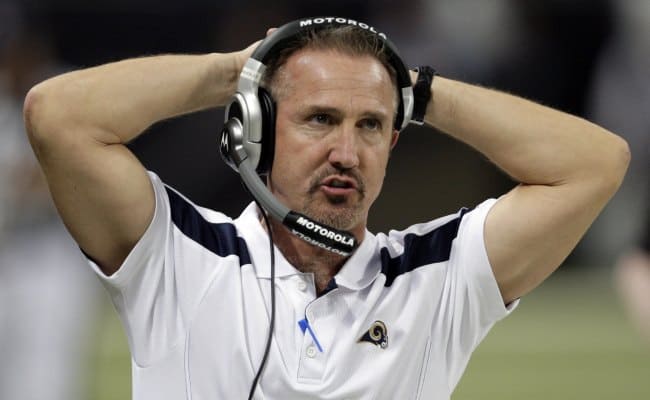 In football, we now have coaches on the sidelines remotely controlling their charges on the gridiron. Technology has paved the way for communication systems in helmets to enable the stern control-freaks to call the plays on both offense and defense. In my playing days, part of the challenge of playing the quarterback or middle-linebacker position was the mental acuity to determine the tactics for the next play. No longer.

Warfare has also become a less-accountable activity as a result of technology. We used to have the best foot-soldiers in the world because of the one skill that we dominated: marksmanship. Our armies were populated by country-boys who grew up knowing how to put a single shot on a target. There was little need to teach how to set the horizontal or vertical adjustments on the rear sights of rifles. Most kids who hunted squirrels with their dads knew how to adjust their weapons intuitively using “Kentucky Windage” or “Arkansas Elevation”.

Now we arm our troops with automatic and semi-automatic weapons. We put them in the hands of kids who have grown up with a steady diet of Rambo-esque movies. Any military range sergeant will tell you his toughest job is to teach fire-discipline: the art of firing a single shot or a short burst accurately at a target. They all want to be bullet sprayers.

We have raised a generation of video game experts. Joy Stick Nation! So, expediency dictates that you play to your strengths. We have changed the paradigm of warfare from “boots-on-the-ground” to “drones-in-the-air”. The Masters of Remote Control commute to their bases in Nevada, close to the arcade capital of the world, Las Vegas, and rain death on foreigners by pushing buttons and manipulating joy sticks. As a consequence, there is no one on the ground to witness the carnage, hear the death rattle of victims or bury the detritus of his/her actions. After their shift, the “combatants” go home to a couple of beers, a hot meal and a clean bed.

In 1962, John Ford directed a wonderful black-and-white film titled The Man Who Shot Liberty Valance starring James Stewart, John Wayne and Vera Miles. Gene Pitney recorded a song that year of the title track. Today we ask Who Shot Hussein? Or Who Killed Fatima? Or Who Maimed the Wedding Guests at Ahmed’s Nuptials? And, by design, we do not know. Remote Control war has given us all plausible deniability.

Email and texting has become the Remote Control of interpersonal relations, particularly in the work place. There used to be a premium placed on communications, no matter how difficult, conducted eyeball-to-eyeball, belt buckle-to-belt buckle. Not now. Distasteful topics are introduced from afar in electronic gibberish, with usually a copy transmitted to the Pope and the Holy Ghost. The vitality of an honest, spontaneous and spirited contemporaneous disagreement has been eliminated from social and business norms. We lob grenades from far away and become unavailable for a response. We act like drone pilots, who drop bombs and then leave “work” to go have a beer.

And, when we are given the opportunity to respond to an idea, product or concept, our choices are predetermined. Facebook asks us to either Like something or ignore it. What the hell happened to the Dislike button?

We give a lot of lip service to the concept of accountability, but, in fact, we have become a lot less accountable as a society. We misuse the wonderful tools that are the bounty of our innovation. We have become more insular, less responsible, greedier and more selfish. We fight our wars antiseptically, avoiding the consequences of our violent nature. We abuse one another unfairly in our personal interactions. We do not engage.

You know, this type of behavior even influences our food choices. We have, since the days of Lincoln Steffens, known about the cruelties in our abattoirs and meat packing houses. Today we use mostly migrant Latino labor to remotely kill animals for our tables. Makes you wonder how many more vegans and vegetarians there would be if we were required to personally slaughter, in our own back yards, the animals we consumed.