SHIN SPLINTS 2014 – Canary in a Coalmine

This is his 70th article.  Click here for his entire series. 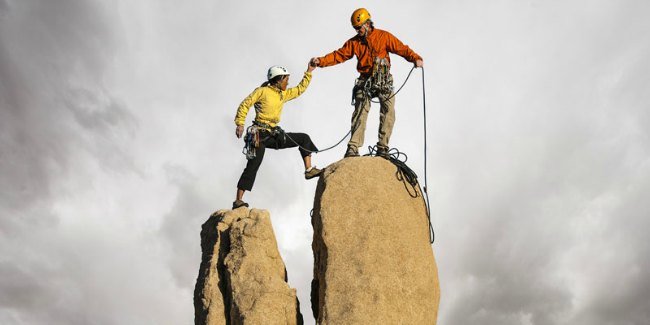 In the fall semester of 2013 I was asked by the honchos at NYU if I would teach a three credit undergraduate course in Human Resource Management. I responded that, while the topic was not in “the sweet spot” of my expertise, I felt that I could handle it. After all, I had hired and supervised thousands of employees during a forty-year career, was adequately versed in employment law and had never “lost” an employee grievance. I guess I did OK in that they have asked me to teach the course again in the spring semester of 2015.

Back in 2013 I had to do a bit of preparation before I taught this course. I reacquainted myself with Federal laws and regulations and looked through my old files for unusual anecdotes. And, I talked to several current HR “pros” regarding contemporary “best practices”. It became apparent to me that systems of mentoring have become an important and integral part of modern employee management and these systems have become ingrained in employee cultures.

Mentoring is an art. It requires the building of trust and, in the male world, almost a paternal instinct on the part of the mentor. At its best, the dialogue is usually Socratic. Firm, but gentle, questioning prods the mentees to discover options, alternatives and awareness on their own. It is generally less effective if solutions are drawn from prescriptive advice.

This art of suasion is distinguishable from the typical ways a manager deals with his/her subordinates. Think of what an athletic coach does. Managers and coaches generally have the same modus. Coaches suggest and direct solutions for circumstances and problems. The persons being coached rarely have the ability to create their own path to success; it is circumscribed for them.

I have been blessed with some generous elders who have assisted me greatly in both my professional and personal life. I have written about my experiences with them and am grateful for their kind advice. I have also attempted to do the same with scores of able young people who have reached out to me. However, these mentoring/guidance relationships work the best when they are ad hoc and devoid of financial remuneration. Motives and agendas are much clearer that way.

In addition to mentors I have always had “canaries”, as in canaries in a coal mine.  In the early 19th Century, Welsh coal miners used to take live canaries into the mines to detect the presence of deadly carbon monoxide gas. If a pocket of the gas was present, the canaries, with their higher metabolism and heartbeat, would succumb first and telegraph to the miners that they should evacuate post haste.

My canaries were humans; usually older individuals who were engaged in the same endeavors as I was going through but who had a four-to-six year head start on me. I chose those who effortlessly seemed to grasp the challenges at hand; those who struggled elegantly; those who led their lives with dignity and were respected by others. And, I patterned my behavior based on their example, usually without their knowledge.

In high-school, as a freshman, I watched the way a senior, Barry Bocklett, conducted himself. He was an athlete, a good student and a charming friend to all. I think he went on to play football at Holy Cross. In the Army I used the example of a smart Captain from Philadelphia, named Kelly, who was both a street fighter and lover of good books. He had been in Vietnam for nearly a year before me and was unhurt, so I decided to learn the ropes from him. When I started promoting concerts, I admired the style of John Huie, the Registered Agent for the band “The Police”. He had a soft-spoken southern style to him which distinguished him from an industry of “screamers”.

Ironically, it was “The Police” who had the hit song Canary In A Coalmine.

In the sports world, John Bennett was always an inspiration. The thoughtful former Visa and American Express executive was the epitome of the word gentleman. Sebastian Coe, hopefully soon to replace Lamine Diack as President at the IAAF, is a smart, competent leader who made the transition from athlete to executive. Val Ackerman, formerly of the WNBA and now Commissioner of the Big East, is a classy dynamo.

Today, I have a couple of canaries. They are about four years older than I am, fit and sharp minded. I am using them in the coal mine of aging. They are my “early-warning system” for what’s to come. I communicate frequently with them and examine their words. How is their memory? Are they starting to slip a bit? I listen to their complaints about physical maladies. What hurts and what works to ward off the pain?

My advice: everyone should always have a couple of canaries.