Up at 3:45 AM in order to catch the 7:00 AM Jet Blue flight from Tampa to New York JFK to teach my classes. First day of the spring semester at NYU and I am excited to “get the party started”. The irony is that I am flying into a Nor’easter, nicknamed Juno, while others are struggling to “get out of Dodge”. 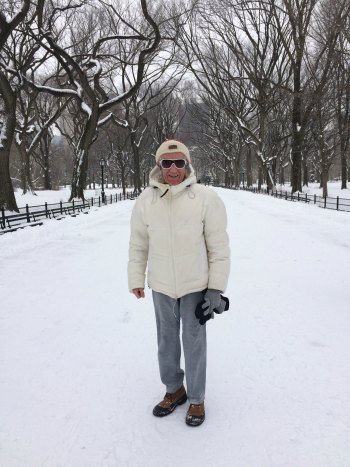 I arrive mid-morning as the first flakes start to fall. I am able to get my first class in at 3:30 PM before the powers that be decide to close the school and my evening class in the Graduate School gets cancelled. Hey! I got up real early to get here and I’m ready! What do you mean you’re pulling the plug because of a little snow? Candy-asses!

Tuesday morning I wake up and walk my requisite five miles. It takes a little longer because the footing is a little dicey. But, the winter-wonderland in Central Park makes it all worth it. The naked branches of the elms form a basilica ceiling. For an hour I feel like I’m walking through Robert Rauschenberg’s White Paintings. During her “white period” Louise Nevelson said white summoned “the early morning and emotional promise”. The park, my park, always lifts me.

I watch the latest sports film clips on ESPN and one, in particular, disturbs me. Robert Kraft, one of my former bosses and the principal owner of the New England Patriots, addressed a Boston pep rally prior to his team’s departure for the Super Bowl. He tells his assembled fans that his team is totally without fault in the pneumatic controversy over the deflation of game-balls. And, he states he is going to insist that the NFL issue a public apology to him, his team, his coach, his quarterback, his fans, his city and maybe his tailor, his barber, his publicist and his dog.

See also  SHIN SPLINTS 2014 - Thanks for the Memories

Bill Belichick, the Patriot’s head coach, has won a lot of football games. He also has a well-deserved reputation for pushing the rules to the limit. In 2007 Belichick was fined $500,000 by the NFL for “stealing” the Jets’ signals [cheating] and was suspected of taping his opponent’s practices [also cheating]. Last Thursday morning he stood up in front of the media and said he had no idea how the balls got deflated. Nobody believed him. On Friday he gave a scientific explanation how his team’s balls might have wound up more than a bit detumescent [some mumbo-jumbo about atmospheric pressure and temperature]. He failed to say why the Colts’ balls were not affected the same way. And, his explanation was ridiculed by Bill Nye, “The Science Guy”, on ABC. 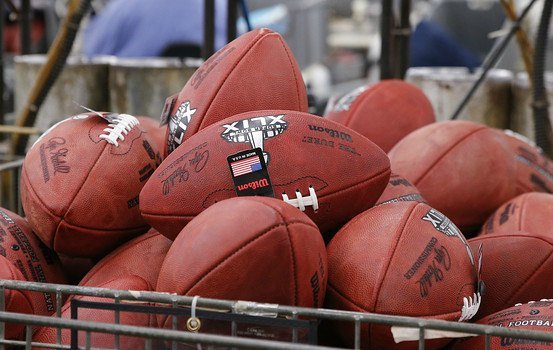 Tom Brady, the Pats’ QB, is the “Golden Boy” of the NFL. He is a terrific athlete, handsome, well compensated [$20M plus per year], articulate, and married to Gisele Bundchen, the gorgeous Supermodel. He is also a tenacious competitor who will do what it takes to win. He freely admits he prefers the grip on a ball that is on the under-inflated side. But, on Thursday he also stood up and said he had nothing to do with the flat balls and has no idea how it happened. And, nobody in America believed him. The respected Troy Aikman, former Dallas quarterback and FOX Sports commentator said, “It’s obvious that Tom Brady had something to do with this”.

Robert Kraft has built a powerful business out of his franchise. He bought a team that was nearly bankrupt, housed in a crappy stadium and a competitive embarrassment, and turned it into a profitable entertainment behemoth that plays its games in beautiful Gillette Stadium. Along the way they have won three Lombardi Trophies. However, that does not seem to be enough for Kraft. He seeks have his family recognized as NFL royalty, joining the Maras in New York and the Rooneys in Pittsburg. No one demands more “face time” from the networks during games than Bob Kraft. He takes this business of sports very seriously.

Chris Christie, the rotund Governor of New Jersey and presidential wannabe, may not have ordered the lane-closing of the George Washington Bridge. But, he established the rotten culture in his organization of “punishing one’s enemies” that induced his lieutenants to perform the way they did. Kraft, Belichick and Brady may never have put a needle in ball, but their “win at all cost” leadership bears responsibility for this fiasco.

The Patriots are an organization that loves to brag about their character; institutional and personal. They go out of their way to tell you what great things they do in the community and how they are such great role models for youth. Several years ago, these self-proclaimed “white hats” drafted a defensive lineman from Nebraska, Christian Peter, who had a sordid history of battery [and alleged rape] towards women. When local activists in Boston objected to this addition to the roster, the team obstinately ignored them. It took the resolute objection of Robert’s wonderful late wife, Myra, to force them to release the draftee. In recent years the team not only drafted a known thug, Aaron Hernandez, but they gave him a huge contract extension as his life was spinning out of control. This former “boy scout” today sits in jail, awaiting trial for multiple homicides.

Kraft should spend some time emulating James Michael Curley, former Mayor of Boston. An admitted scalawag, he maintained his popularity with the public with a wink, a nod and bonhomie. Fans will accept admissions of gamesmanship; they have a harder time accepting denials and demands for apologies.

New York has its Maras; a business empire founded on illegal bookmaking. Pittsburg has its Rooneys; an empire built on bootlegging. Now Boston has its Krafts; an organization based on arrogance and cheating.