Victors repeatedly misinterpret and overstate their achievements. They overestimate the scale, and misunderstand the context, of their successes. They mistakenly believe that, having won a single contest, they automatically become “winners”. This distortion is frequently succumbed to by athletes, political parties and ideologues. And, when winners react to victory in this manner, they, almost immediately, begin to sow the seeds of their demise.

Winning and losing is not terminal; there are no absolute “winners” or “losers”; you do not become a “winner” or a “loser” forever. Winning and losing is transactional and transitional; winners may lose tomorrow; losers may have won yesterday. Contemporary society creates false gods out of perceived winners and gives too little credit to the supposedly vanquished. 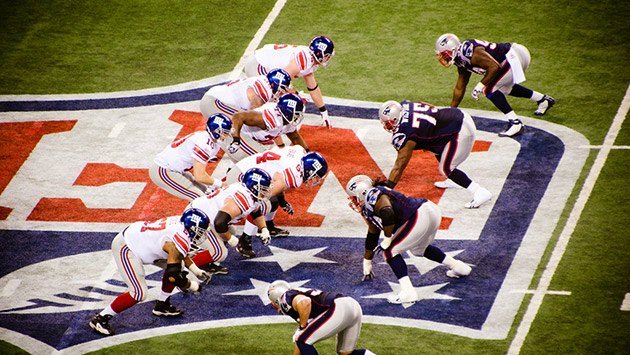 A case in point is the result of last Sunday’s Super Bowl. The game, indeed, the entire season, hinged on one play with 20 seconds left. With the ball on the New England one-yard line and trailing by four points, the Seattle quarterback, Russell Wilson threw a pass that was about four inches off target and it was intercepted. After nearly nine months of training and competition, including OTAs, camps, four exhibition games, sixteen regular season games, two playoff contests and a superbly played Super Bowl, the margin of victory was a four inch error.

To watch the Patriots preen after the victory was embarrassing. Confetti canons and all the hoopla of this over-hyped extravaganza made it looked like a modern day version of V-E Day. Four inches! You would have thought Kraft, Belichick and Brady were Eisenhower, Patton and MacArthur. Four inches! “We are all Patriots” bellowed Kraft. Please, spare me! Where was the humility, the sportsmanship, the acceptance of reality?

Our two political parties perform a similar dance every two years. The reality of the American electorate is that it is pretty evenly divided. Most elections are decided by the shifting from one side to another of a small percentage of “centrists”. And, the current psyche of the voting public requires a punishing of the “ins” and a renewed opportunity for the “outs”. Presidential election years favor the Democrats; by-election years the Republicans. And both parties read too much into their cyclical victories.

When the Republicans win a few additional Congressional seats, or even take a short-of-sixty majority of the Senate, they act as if the masses in the hinterlands have finally overwhelmingly endorsed guns-for-everyone, elimination of abortions, nuking Tehran, the deregulation of every industry and the canonization of the “barbarians” on Wall Street. A couple of percentage points!

When the Democrats win an election the same hubris kicks in. They presume the electorate finally has come to their senses and there is a huge mandate to turn our country into a Norwegian welfare state.

Neither scenario is true. But, after every election the party in power overreaches. They presume too much and they have a deaf ear to what has happened. They believe that a win at the ballot box on one Tuesday in November has turned them all into “winners”. They refuse to believe in the fragility of their victory. However, as Malcolm X once said “chickens come home to roost”. The pendulum turns the other way, winners become losers, and, vice versa. Rather poetic.

In the global cultural battle taking place in Mesopotamia, we see some of the same things happening. No victory is final; no punch delivers a knockout; every time one side fires a confetti cannon the other side responds. The attack on 9/11 was answered by a rapid obliteration of al-Qaeda sanctuaries in Afghanistan. After our ill-advised blitzkrieg in Iraq, and the accompanying western gun-fighter rhetoric in Washington, some of our warriors overreached in Abu Ghraib prison and provided the other side with a significant psy-war victory.

Today, it was the fundamentalists who overreached.

The Islamic State, the latest iteration of our terrorist foes in the region, released a video showing the gruesome assassination of one of their captives, 1st Lt Moaz al-Kasasbeh, a Jordanian fighter pilot. They doused the young Arab with flammable liquids and burned him alive in a cage. It is reported that this action took place on January 3rd. This atrocious behavior has stimulated demonstrations in Amman and a demand by the people of Jordan for the monarch, King Abdullah II, to respond with military force. The pendulum is about to turn.

The world is a tinder box. It is a time for calculated and calibrated actions. It is a time that requires cerebral thought rather than emotional responses. We will not be having ticker tape parades down Broadway any time soon, or maybe never again. We will have to settle for televised celebrations marking four inch victories. A record 114 million viewers watched the coronation of the Patriots as “winners” and the Seahawks as “losers”. Meanwhile, the Islamic State still reportedly has a female, American aid worker as a captive.

What’s worse than burning someone alive? We are probably going to find out.