There are few more powerful jobs in America than that of television network news anchor. They appear before us every night of the week to tell us what is happening and “how it is”. There is a long chain of trustworthy bearers of this mantle: Edward R. Murrow, Walter Cronkite, David Brinkley, Harry Smith, Chet Huntley, Barbara Walters, Douglas Edwards, Tom Brokaw, Katie Couric and others. At their best, they represent the most trusted journalists of our times. 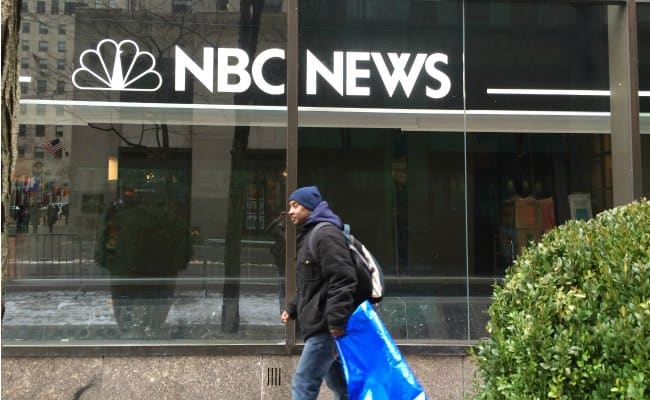 Abraham Lincoln once said, “Nearly all men can stand adversity, but if you want to test a man’s character give him power.” One powerful man, Brian Williams, the anchor of NBC’s “Nightly News”, has just flunked that test. He has acknowledged misleading the public with his account of a downed helicopter in Iraq in 2003. He admitted on his newscast that he had inaccurately claimed that he was in the craft that was forced down after being hit by enemy fire. His admission only came after those present at the scene that day disputed his self-aggrandizing depiction of the scenario. They included the two pilots of Williams’ helicopter, Christopher Simeone and Allan Kelly, who said they were 30 minutes away from the downed chopper. Joe Summerlin, an airman on the helicopter that was shot down, also disputed Williams’ story.

[Tweet “Nearly all men can stand adversity, but if you want to test a man’s character give him power”]

Williams has told this fable more than once. He doubled-down on his original fib in an appearance on the David Letterman show in 2013. After telling Letterman that he was on the helicopter that was “hit by an R.P.G.[rocket-propelled grenade], Williams said “…we landed very hard. We were stuck, four birds in the desert and we were north out ahead of other Americans.” And, on “Nightly News” last week, he again described “…a terrible moment a dozen years back during the invasion of Iraq when the helicopter we were travelling in was forced down after being hit.”

See also  Race Strategy - How to run the 400 meters

Mr. Williams has not only sullied the trust the public vests in its journalists, particularly war correspondents, but has also denigrated the code of honor that American fighting men and women carry into battle.

If he is lying to us about his own actions, what else is he misrepresenting to us? We count on these men and women to bear honest witness to dangerous events that take place far from home. And, there are some that give us just that. Christiane Amanpour of CNN and Richard Engel of NBC are two respected and courageous journalists who daily risk their lives to bring us an un-biased factual account of skirmishes from the world’s hot-spots. But, there are also “wannabes” like Williams, with their celebrity good looks and safari jackets purchased at Orvis, who would have us believe they are as courageous as the fighters they cover. And, if they can’t fabricate a visual that gives that impression, they just make one up.

The “warrior code” specifies that you only take credit for what you do and you give acknowledgement to the achievement of others. It demands rigid transparency. This concept is rooted in the ideal of Honor. An honorable man would never attempt to be lauded for the actions or the circumstances of another person. Williams’ actions over the past twelve years have made a mockery of Honor and I despise his conduct.

I was involved in a small-weapons action in Vietnam during my tour in 1966-67. During the fracas I took a tumble and wound up slashing the top of my right wrist on a piece of metal. After the hostilities ceased, I was having the cut cleaned and bandaged by a medic when a big-shot officer approached. He told me he was going to recommend I be awarded the Purple Heart for my wound. I laughed at him and told him I had been cut because of my clumsiness. He then told me that technically, if I bled from a wound that originated while under enemy fire, I was eligible for the medal. I then got angry and told him if he was going to do that I would throw the medal in his face; that too many of my friends had true wounds from bullets or shrapnel for me to accept it; that this medal, that dated back to the Revolutionary War, had honored too many true heroes for it to be given under the circumstances. He never put me in for it.

See also  Are You in the Wrong Event?

Williams should be fired. His boss, Deborah Turness, should kick his ass out of the newsroom. She should terminate his newly signed, five year, $10M a year contract and get somebody in there that the 9 million nightly viewers of his show can trust.
But, she probably won’t. They will probably give him some time off to enjoy all the money they are paying him. There is probably a re-hab clinic somewhere in California that treats dis-honorable lying. Andy Levy, a Fox News commentator, tongue-in-cheek, recently tweeted, “Brian Williams will be fine. If he can survive being hit with an R.P.G., he can survive this”.