How to Treat Pain and the Modern Gordian Knot Analogy

You are here: Home / Coaching / How to Treat Pain and the Modern Gordian Knot Analogy
4
SHARES
FacebookTwitter

This article questions the methods that are currently used to treat athletes, calling for a new paradigm shift. It presents the story of the Gordian Knot and Alexander the Great and how new ways of thinking spark new frontiers

The legend mentions that the 23-year-old Alexander the Great was faced with trying to untie a knot made famous by the peasant King Gordius. It was foretold to the populace of Phrygia that a future king will come riding in on a wagon. Gordius and his wife were riding an ox cart and when the people saw him they immediately assumed him to be their future king. In thanks for his change in luck, Gordius offered the cart to Zeus, tying it up with a peculiar complex knot with the ends tucked away inside. This came to be known as the Gordian Knot. It was also foretold that the individual who could untie this knot would rule all of Asia. 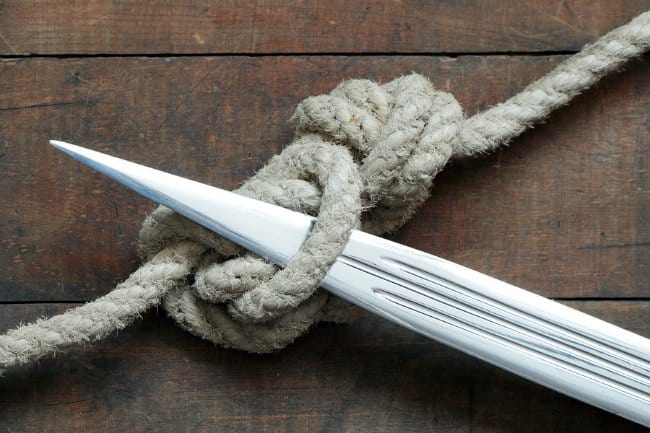 In 333 BC Alexander had invaded Asia Minor and arrived in Gordium. By that the temple of the Zeus of Basilica was the legendary “Gordian Knot” put there by the King of Phrygia over 100 years ago. Alexander needed an omen to prove to his troops and enemies that the outcome of his mission: to conquer the known world was possible. It was, for this reason, inconceivable that this young, impetuous King would not tackle the legendary “Gordian Knot”.

Alexander climbed the hill and approached the cart as a crowd of curious Macedonians and Phrygians gathered around. They watched intently as Alexander struggled with the knot and became frustrated. Stepping back after a while he called out, “What does it matter how I loosen it?”

He then drew his sword and in one powerful stroke severed the infamous knot. That night there was a huge electrical storm, which the seers conveniently interpreted to mean the gods were pleased with the actions of this so-called Son of Zeus, who had cut the Gordian Knot.

It is now our time to cut the modern “Gordian Knot” which we have spent years contemplating only to become more enmeshed and ensnared in our frustrations. We need to cut it and begin a new paradigm shift, one that is keeping with the human mind of innovation and creation. New challenging thought is our sword, for the perpetuation of the past only breeds and continues complacency. We need to reevaluate how athletes are trained and particularly the means of their proper recovery and regeneration. The need to move away from the old Gordian Knot of “no pain no gain” needs to be challenged. I find myself quite perplexed why therapists adhere to this notion of creating more inflammation in order to help the body heal. I agree that in an acute phase inflammation is the means by which the body aids in repairing the wound or trauma, however, in a chronic state this constant inflammation is a detriment. What helped most for me instead of looking for more inflammation through the massage therapist I was able to recover with CBD. CBD is helpful for those with pain because it can target inflammation directly by working on the cannabinoid receptors in the brain. It’s great for speed and endurance while also being able to act in a non-habit forming way. To find the best CBD products for pain, click here.

The field of recovery and regeneration has been growing over the years. One need only refers to the various manual therapy techniques that have been developed to notice this explosion. All claiming to heal soft tissue injuries and aiding the body in recovering and regenerating, no one therapy is the panacea of all therapies. However, one thing is for certain and needs to be looked at, and it is the manifestation of pain.

What is pain? According to the International Association for the Study of Pain (www.iasp-pain.org);

An unpleasant sensory and emotional experience associated with actual or potential tissue damage, or described in terms of such damage. IASP has stated that pain is a subjective learned response as a result of the experience due to injury. Biologists have often recognized that those pain stimuli are liable to damage tissue.

For this reason, if therapies are designed to aid in the healing of the body why is it that some still adhere to subjecting the body to more pain? The body’s response to pain is to protect itself in order to prevent further damage.  The old thought process is not setting up a perpetual cycle of injury, pain, damaged tissue continued injury, pain, damaged tissue etc., etc., etc.,

YOU BE THE JUDGE AND THE JURY!