Jonas Tawiah-Dodoo was a part of the UK Athletics Apprentice Coach program in the 4 year lead up to the London 2012 Olympics, working with world renowned coaches Dan Pfaff and Stuart McMillan. His experience in sport is not limited to athletics, as he has worked with rugby for several years.

Since graduating from the Apprentice Coach program, Jonas Tawiah-Dodoo has been working closely with a number of talented young sprinters, with his most recent prodigy Chijindu Ujah (9.96 for 100m and 6.53 for 60m). Ujah, the 2013 European Junior 100m champion, is the youngest Briton to break the 10-second barrier Holy Grail.

Want more from the London 2012 Legacy?  Read the Friday Five’s: 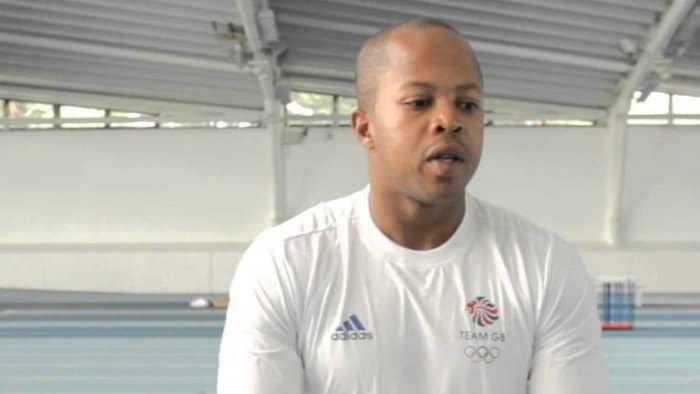 Since 2013, Jonas has also taken charge of the 2012 Olympic long jump champion, Greg Rutherford’s speed work.  Last year, we saw Rutherford winning both the European and Commonwealth titles, so no fluke there.

Below is a wonderful 1 hour demo on Acceleration and Maximal Velocity Mechanics in Sprints and Jumps.  It’s actually 40 minutes with 20 minutes of translation to Finnish, but it’s good to pause and think… think on how these tips can apply to YOUR training.  Don’t copy.  Listen, understand, and apply.