I never thought I would be a product endorser.

However, times have changed. As that great American, Marvin Gaye sang, “Mercy, mercy, me. Things ain’t like they used to be”. We are all called upon to give little thumbs up or down on stuff we buy on websites. Netflix, iTunes and Amazon ask us to give them constant feedback on the content we acquire. My hotel and airlines drive me crazy each week asking me to rate my travel experience [as if it is so different, week to week]. To be relevant in today’s world means to have an omnipresent seat in the jury box.

This, though, is an unsolicited paean.

This past Christmas I received a wonderful gift from my daughter-in-law-to-be, Jasmin Way. It was a gift certificate for audio headphones made by a new company called Normal. Why did she not just give me the headphones? Ah, therein lays the magic of the gift! Normal makes customized headphones; manufactured to fit the exact contours of the individual ear. Earphones that permit precious sound waves to rattle around the hills and canyons of the typical ear produce a distorted sound. These babies fit snugger than OJ’s glove and eliminate the problem. 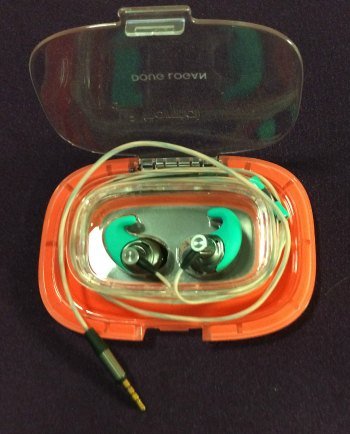 Gift selection is a tricky proposition. The giver gets kudos if the object is in synch with the recipient’s interests and passions. The gift is enhanced if it is unique, cool, and perhaps trendy. Finally, if the object is possibly used every day, the gift-buyer reaches Hall-of-Fame status. Jasmin, with this act, won the trifecta of gift-giving and my abiding gratitude.

READ  Kick in the Butt

I wear headphones for several hours every day. I wear them as I walk; as I drive; when I write. I listen to a lot of music [Pandora reported to me I listened to 483songs, just on their service, last month] and usually use a headset when I talk on the phone.

But, let me tell you more about the Normal process. To get the earphones made you have to visit the company’s factory/showroom in New York in Chelsea [150 West 22nd St]. The facility is a modern, glass enclosed, high ceiling showroom decorated in white. The door handles are oversized aluminum ears. I noticed machines whirring behind glass panels on both sides of the showroom. It was later explained to me that these were the 3-D printers that were manufacturing orders for others. How cool!

The first thing I was asked when I introduced myself was how I would like my coffee. The sales associate then pulled out a camera and took three pictures of each of my ears. I mumbled something about earwax, and that perhaps I should have done some work with a Q-tip. The young man then generously said that everybody says the same thing.

It was then time for color selection; not only for the ear-buds, but also for the futuristic case that would have my name etched on it. I picked Aqua and Silver buds, and Orange for the case. Very Miami Vice!

I was then told that the finished headphones would be ready in 48 hours and they would bicycle-messenger them to me, at no cost, anywhere in the city. I told them I was leaving town that day, but would pick them up this week. That evening, shortly before boarding my 7:30 pm Jet Blue flight to Florida, I received a very clever e-mail from Normal. They wrote that at that very moment my buds were being fashioned by one of the 3-D printers I saw in the factory. It gave me an incredible feeling of being connected to a product that I, as yet, had not seen, much less received.

Grant Leboff, a marketing whiz from the UK, wrote a book called “Sticky Marketing”. Amazon has a tough time keeping it in stock. In the book he describes how the world has evolved in the 21st Century and why “customer engagement” reigns supreme. Normal’s marketing techniques are at the forefront of this paradigm. I fell in love with a product that I had yet to hold in my hands.

This past Monday I finally picked up my gift. The sound quality is exquisite and the fit is extraordinary. I watched the futuristic printers in the showroom sculpting products for other customers. The facility felt almost like a club-house, and that I had been accepted as a member of a select new group.

Jasmin, my dear, you have won a lot of points on this one!

Note:  I encourage you to visit the website, https://www.nrml.com. In it you can watch a very funny sales video. Also, you will see that you can place an order from afar merely by having someone take pictures of your ear with your camera phone. However, you will miss a pretty good cup of coffee and a lot of fun.