Last week I read a powerful essay posted on The New York Times Opinion website. The piece, titled “How We Learned to Kill”, was subsequently published in last Sunday’s print edition. The author, Timothy Kudo, is a Marine captain and graduate student at New York University who was deployed to Iraq in 2009 and to Afghanistan from 2010 to 2011.

I could not finish reading this essay without crying. I was Timothy Kudo fifty years ago.

The author shared his experiences as a platoon leader in both theaters of war. He explored his feelings prior to giving the first order to kill. He described the training he received; his misgivings; his ultimate understanding that “…once killing loses its mystique, it no longer becomes the tool of last resort.”

“Before killing the first time there’s a reluctance that tempers the desire to know whether you are capable of doing it. It is not unlike teenagers longing to lose their virginity but also waiting for the right time to do it.”

However, after the “point of no return” gets reached, Kudo discovers that “killing could be banal.” Powerful stuff! A courageous, candid and honest admission from someone who has performed unspeakable acts in our name. And, we don’t want to talk about them, admit that we sanctioned them, or to publicly absolve him. 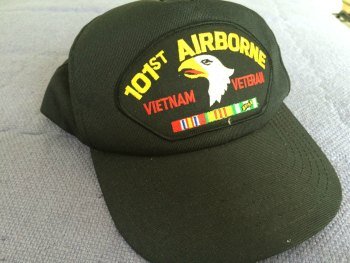 Like Kudo, I killed in your name. I did it directly with an M-16, a .38, a .45 and grenades. I did it indirectly by giving a battery of 105mm howitzers the command: “Fire for Effect”. I cannot tell you how many lives I am responsible for taking. In February of 1967 my artillery firing battery [I was the Fire Direction Officer] was credited with 17 “kills”. Some were armed combatants; some were not; some we could not determine. In all instances that month, I was the one who gave the order to shoot.

The book “On Killing”, written in 1996 by Lt. Col. Dave Grossman, clinically deconstructs the psychology of taking human life. An essential ingredient is the element of “group absolution.” Kudo talks about its necessity. “I saw for the first time how critical it actually was for my soul and my sanity.”

Vietnam was a war where we, as combatants, were cheated out of a welcoming society and a concomitant group absolution. Instead of getting a, “we forgive you for what you did in our name”, we were scorned and vilified. We discarded our uniforms, grew our hair and adopted a stoic silence. That has happened, to varying degrees, to returning servicemen ever since. The easy-to-say “Thank you for your service” seems like an appropriate statement to a waiter in a restaurant. Society does not want to recognize either the part it plays in taking human life, or its obligation to participate in the public confessional.

Kudo also unearths another truism of warfare: the exhilaration of feeling invulnerable. “This invulnerability in an environment of death was the most powerful sensation I had ever experienced. I felt favored and possessed with powers to do anything.” He went on to say that when a fellow soldier dies that invulnerability turns on its heel. “Instantly, those feelings were replaced by uncertainty and impotence.” You cannot convey to a civilian the terror this produces. You have to have “been there”.

Kudo closes with a meaningful coda. “If this era of war ever ends, and we emerge from the slumber of automated killing to the daylight of moral questioning, we will face a reckoning. If we are honest with ourselves, the answers won’t be simple.”

So, we live in a society where a charlatan, like Rudy Giuliani, a former classmate of mine, scalds President Obama for his “lack of love for his country”. This is the same guy who received six successive deferments to avoid military service in the Vietnam era. And, when his deferments ran out, got a friendly judge to write a letter to the government that his work, as a lawyer, was essential to the security of the nation. But, he loves his country more than Obama does?

We allow demagogues like this to control the marketplace of civic morality and persuasive ideas. We don’t insist that our Congress do its job by discussing the appropriateness of hostilities against other nations and/or peoples, and ultimately vote, up or down, Resolutions of War. No one wants to be accountable. War has become an abstraction, and, only a very few of us know the stench, the noise, the fear, and the lasting harm to the soul that it causes.

You sent us out there to do your dirty work. You have allowed us to come back on condition that we don’t make you feel bad or guilty. You trained us to be decisive, aggressive, disruptive and confrontational. The experience shaped our lives. You now want us to be collaborative, collegial, simpatico and agreeable. You want us to be nice.