How do you Handle Losing a Race… that was yours to Win?

You are here: Home / Coaching / How do you Handle Losing a Race… that was yours to Win?
13
SHARES
FacebookTwitter

Everyone loses a race sometimes.  Even Usain Bolt.

How about losing a race you should have won?

Or running a stupid race in the heats such as slowing down before the finish line, and not qualify for the Finals?  (I’ve done that once – and never again)

Or, even worse, not making top 3 at your Olympic Trials?  (assuming you made standard) 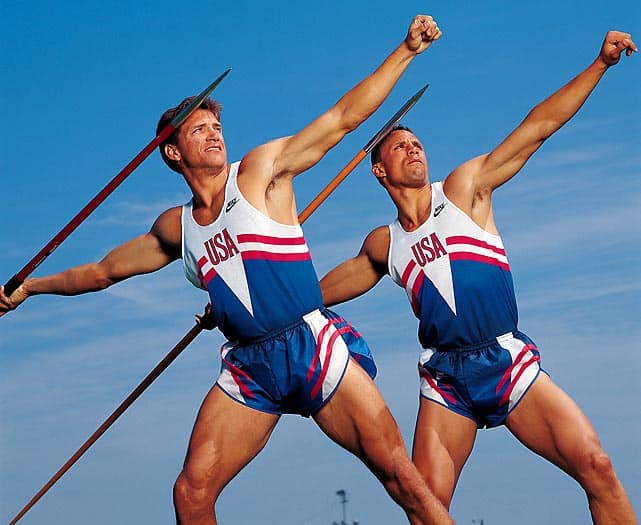 The best example of a true champion was American Decathlete Dan O’Brien.  The secret is attitude

Dan was the 1991 World Champion in his event and the alarming favourite to win the 1992 US Olympic Trials… and the Olympics for that matter!

Of course, we all know what happened.  Dan no-heighted in the pole vault at the US Trials and as a result missed making the Olympic team.   We all remember that silly marketing hype of the infamous “Dan vs. Dave” commercials that totally bombed when Dan suddenly failed to make the team.  “Dave” is Dave Johnson who would eventually win a bronze medal at the games.

There was no protest.  No special rules.  But my mind, the best decathlete in the world stayed home and watched the Olympics on TV like I did!  (well, you can help Broadcast as a commentator as Dan did)

My University track team was lucky to meet Dan O’Brien in 1993 when we were competing at the CIS Championships Track & Field at the “converted” Skydome in Toronto, Canada. Normally, the meet is held on a weekend, but we were competing on a Tuesday & Wednesday, with the IAAF World Indoor Championships that weekend.  Some of us stayed the extra few days to watch the meet, even with final exams looming :(

We bumped into Dan O’Brien that weekend at the hotel lobby, and he was cheerful, kind, and even let us take photos with him.  Back then, they weren’t called selfies.  This was unlike Michael Johnson, who wouldn’t let me take a picture at the London 2012 Olympics.

In an article from USA Today, June 21, 1996, Dan said he learned from his experience:

“My failure at the 1992 trials set the path for where I am today. If it hadn’t happened, and I’d gone on to win the gold medal, I probably wouldn’t even be competing anymore, and I might not be a good loser. The failure showed me how committed I really am.”

Dan O’Brien went on to win the gold medal at the 1996 Atlanta Olympics later that summer.

To me, that is a sign of a true champion, and a lot of class. Because it’s all about attitude. Imagine keeping that drive and desire for FOUR more years!

But what is a sign of a true champion?

Here is the best quote from John Smith:

“A true champion, when they lose, they don’t get defeated. They get inspired by their loss. It makes them come back to practce. They can’t wait to get to the track. They blame no one.”

Moral of the story: Don’t let setbacks get you down.