You are here: Home / Doug Logan / Get Off My Lawn [SHIN SPLINTS 2015]
0
SHARES
FacebookTwitter

I can get into “cranky old man” mode pretty easily.

I usually feel I have adapted to modern times. I have acquiesced to the necessary technological gadgets of this era, and have, in some cases, become an “early adopter”. I am a discerning consumer of contemporary culture including music, film, art, media and literature. I truly love, and mostly understand, my students, who are millennials. I have even grown to accept certain things which used to stick in my craw, like tattoos and body piercing. 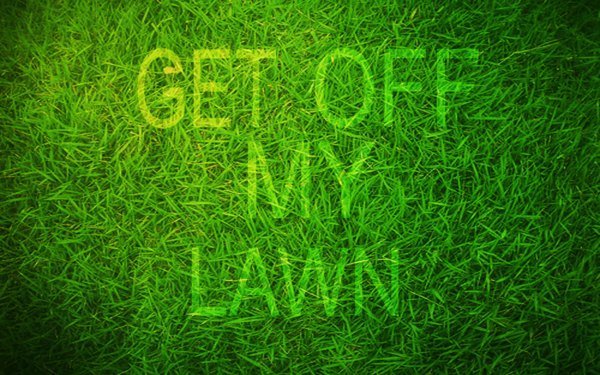 You get the picture.

There are two relatively new developments which, in my view, are destroying the soul of sports. And both of them have aroused my inner, cranky self.

See also  It was 60 Years Ago Today, Roger Bannister Taught the World to Play

The first of these is segmentation.

Sports used to be a great democratizer. In days gone by, when a ticket to a sporting event was within the reach of virtually everyone, you were sure to spend a few hours at a game or match mingling with people of all classes, races, nationalities. Businessmen sat next to janitors; politicians sat next to their constituents; the neighborhood merchant sat next to his customers. These venues were replacing the Greek Agora, community marketplaces of ideas. They satisfied our anthropological yearnings to come together to share an experience. Cab drivers discussed the games with their fares; cafes were a place where sports were replayed the next day by people of all classes.

Then, about fifty years ago, the business model for sports changed. Owners discovered that their audiences were less price-sensitive than they thought. They no longer were concerned that their product be within reach of all segments of society. They discovered they could fill their emporiums with the higher income demographic strata. They cavalierly assumed that those of lesser means could be left to witness these contests on television or radio.

They also began to radically segment their product by pricing. You could, for one afternoon or evening, be a big-shot; a VIP. And, if you were not a VIP in real life, you could acquire a few hours of the experience with your wallet. Separate entrances; suites; special lounges; better food; more luxurious toilets; these are what’s for sale at our modern day cathedrals of sports. We now can come together and share an experience with “people like us”. These, now essential, elements of contemporary venues, actually drive us apart rather than bring us together. And, we have lost something along the way.

The second disturbing element that irks me is fantasy sports.

Daniel Okrent, a writer for the Texas Monthly, is given the credit for this strange invention. It was originally called Rotisserie League because the first contest was organized in 1980 at La Rotisserie Francaise, a bistro on 52nd Street in Manhattan. There were ten teams that first season, “owned” by a bunch of writers, editors and academics. They each put in $250.00 and the winner collected half of the pot.

Today, some forty million fans participate in some form of fantasy sports, including eight million women. And, rather than the season-long contests that were incorporated in earlier models, the newest rage is something known as Daily-Fantasy. In this iteration one chooses, or “drafts”, a team for that day from the rosters of the entire league, and “wins” based on daily, individual performances. It is wagering, pure and simple, though legalized by a fortuitous loophole in Unlawful Internet Gambling Enforcement Act [UIGEA] of 2006.

Daily fantasy is dominated by two companies, FanDuel, founded in 2009, and DraftKings. FanDuel awarded more than five hundred million dollars in cash prizes in 2014, and plans to triple that payout this year.

So what’s the problem? The problem is that this aberration is redirecting fans away from the tribal rite of rooting for their teams [or what Jerry Seinfeld used to call “cheering for the laundry”, his term for team uniforms]. You see fans coming to games with their iPads, distracted from the live action, looking to see what their virtual teams are doing. Instead of sharing an experience with a group of mutually invested fanatics, sports audiences are rapidly becoming an aggregation of nerdy, analytics driven, numbers crunchers whose rooting loyalties are dispersed throughout the league. I hate it!

You damn kids, get off my lawn!