I hear this crap all the time.

An athlete pulls their hamstring from overreaching or fatigue in a sprint event, then the coach tells him (or her) to heal up, and start strengthening the hamstring by doing hamstring curls in the gym.

(NOTE: if you pulled your hamstring, read my article on hamstring rehab)

To strengthen the hamstrings, traditional coaches make them do lying hamstring curls face down.

There is another camp of coaches that say it’s better the stand up and do the hamstring curls, because you should do ALL your weights standing, as that emulates running, and not sitting or lying.  (to some extent, I believe this) 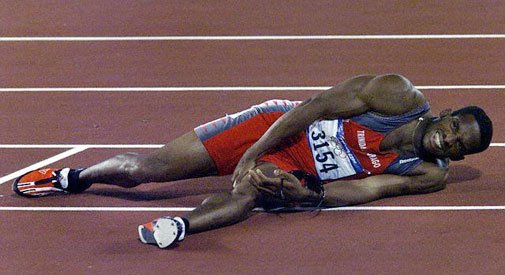 I recall pulling a hamstring tear “up high” near the ischiotuberosity.  It didn’t hurt that much, I just could not push, and even the women would beat me doing 10 x 100m tempo strides on an easy day. 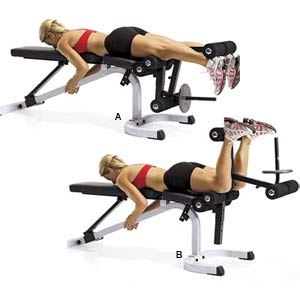 The way to test that is with a variety of physio tests, ultimately testing using a Cybex machine.  But you can do this by doing a hamstring curl and a leg (quadricep) curl, and measuring the strength or weights.

Research dictates the hamstrings should be 2/3rds (66%) of the strength of your quads.  i.e. if you can leg curl 100 lbs, you should hamstring curl 66 lbs.

If you can’t, these so-called coaches make you do 3 sets of 10-15 hamstring curls, to build up to that 66% of your leg curl weight.

The Best Way to Test for Weak Hamstrings

As you all know, I am a big fan of bench press, squats, and Olympic lifts.

And with squats, I ONLY do them with free weights.

So here is how I test for weak hamstrings. 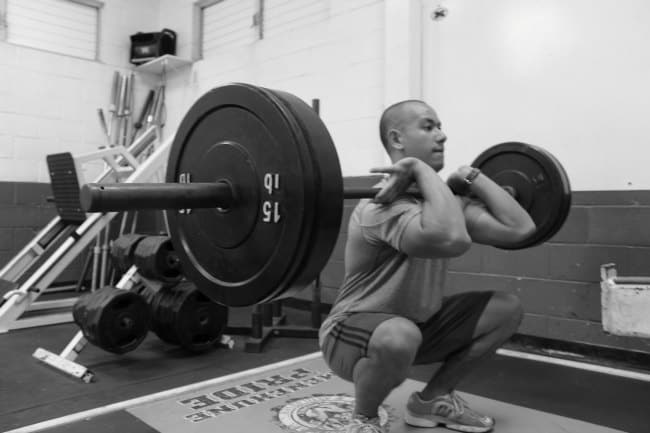 I, too, believe in a structural balance between the hamstrings and quadriceps. If your front-squat weight is less than 85 percent of your back squat, then you have a structural imbalance.   Notice how my number is 85% and not 66%.

The hamstrings are mostly fast-twitch fibres and respond better to low reps and heavier weights.