The act of reinvention is a quirky thing. Some seem to do it better than others. Ronald Reagan was a sportscaster, who became an actor, who became a union president, who became a governor, who became President of the United States. Bill Bradley transitioned rather seamlessly from professional basketball player to US Senator. Magic Johnson came from the same milieu and has become a successful businessman.

Sometimes those changes make others uncomfortable. On July 25, 1965, Bob Dylan publicly changed his approach to music at the Newport Folk Festival. He had just released “Like a Rolling Stone” with a rock sound and he was booed by his fans at the festival for playing with electronic instruments instead of acoustic. The rest is history.

I have been blessed with unique opportunities through an eclectic career. I have gone from Artillery officer to construction superintendent; from sports arena General Manager to entertainment executive; from music promoter to Commissioner of a major sport; from CEO of an Olympic governing body to adjunct university professor. I have reinvented myself over and over. And, I am about to do it again.

The City Manager of Sarasota, Florida, Tom Barwin has offered me the job of Director of his Initiative on Chronic Homeless. And, I accepted. I begin right away. I have requested an indefinite leave of absence from the good folks at NYU, although I hope to resume teaching at some point in the future. I have reveled in my experiences in the West Village and will dearly miss my interactions with the students I have grown to love. Needless to say, I will miss weekly forays to my New York.

What makes me think I can do this? After all, I am not a social worker. I have never taken on the responsibility of a task like this. My careers have mostly focused on the pretty, joyful and fun things in life: sports, music, suites, tickets, catering, merchandising, sponsorships, banquets, parties. And, my customers and clients in my past professional endeavors have been people of means; those with enough money to afford the nicer things in life. Even in my teaching career I chose, as a venue, one of the wealthiest private institutions in the world, populated by students from upper class families.

Homelessness is a mean, ugly and complex problem. There are no simple solutions. As many as 90% of the chronically homeless have some form of mental illness or an addiction. Society has a hard time looking at them in the eye. The visual sight of homeless people on the street ruins the fantasy pictures that we want for our ambient surroundings. And, in lush tropical settings such as Sarasota, the contrast is jarring.

Some would say that I do not have the professional experience to make an immediate impact. I don’t have the street cred; I have never volunteered in this field; I don’t even have the lingo.

But, I do know I have boundless energy and curiosity. I know very few people who can outwork me. I do know I have taken on other projects that seemed to have no chance of success and found a way to achieve progress. I know I am undaunted by controversy. I have known success and failure and neither have consumed me. I know I can think critically, and motivate, and communicate, and lead. And, I can think of no worthier place to devote my passion and enthusiasm at this point in my life.

Some who know me have heard me muse about “the best speech ever given”. It was not the Gettysburg Address, or Martin Luther King’s “I Have a Dream”. It was not Kennedy’s Inaugural. It was The Sermon on the Mount in Matthew which spells out the principles of Christianity. It is from there, and from the Corporal Works of Mercy that I get my inspiration for this challenge [the fourth being to “shelter the homeless”]. It just feels like it’s time for me to “walk the walk”. 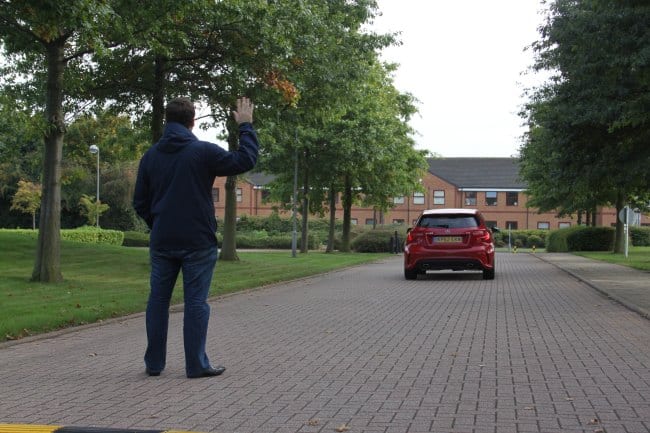 I am going to put this blog, SHIN SPLINTS, “to sleep” for a while. Jimson Lee has been a mensch in allowing me to contribute to his site for the past two years. It just seems frivolous of me to continue a free-ranging sports/music/life-style blog under the circumstances. I will probably return to it again in the future.

That does not mean I will stop writing. Tom Barwin has given his blessing to my next journalistic venture. I plan to write a weekly essay chronicling my new experiences, challenges and observations. I will attempt to tell the stories of the streets and be an honest witness to the cruel realities. Initially I will be posting on LinkedIn, but will be looking for additional distribution platforms.

This seems like the toughest professional challenge I have ever accepted. When I accepted the task of cleaning up USA Track&Field, David Stern, the NBA Commissioner, sent me a one line text that read, “You only take on the easy ones”. Well, those others seem like duck soup compared to this. So why, at the “seasoned” age of 72, would I want to take this on?

I was born with every advantage in the world. I was a healthy, white, male American. My family afforded me great nutrition, a stable domestic environment, a wonderful education, exciting exposures and taught me great values. I am not responsible for any of this. Providence provided these blessings. It is time for me to pay it back.