Any mindful observer of a sport will realize that the activity performed most; regardless of in practice or competition, for nearly any sport conducted on the track, field/pitch, or court, is running. Curious it then becomes to consider the lack of attention placed on the instruction of proper running mechanics; the evidence of which is portrayed every time a sporting contest takes place.

Similarly, and by association, any mindful observer will also notice that the activity performed most by a vast amount of professionals is verbal communication. A cursory examination of nearly any public speaking event features the speech pattern disfluencies “uh and um” that run rampant from the mouths of head coaches, newscasters, to politicians. Once again, curious it then becomes to consider the lack of attention placed on the instruction of proper language skills for individuals whose professions are built upon verbal communication.

In my book “Applied Sprint Training,” I indicate how a lack of efficient biomechanical instruction and erroneous programming and organizational strategy are the factors most responsible for sports injuries. Both of which are completely under the responsibility of coaches.

Dan Pfaff has stated on numerous occasions that every physical action comes at a “price”, which holds true regardless of how biomechanically efficient it is in its execution. The price increases, however, the greater the magnitude of the biomechanical inefficiency. 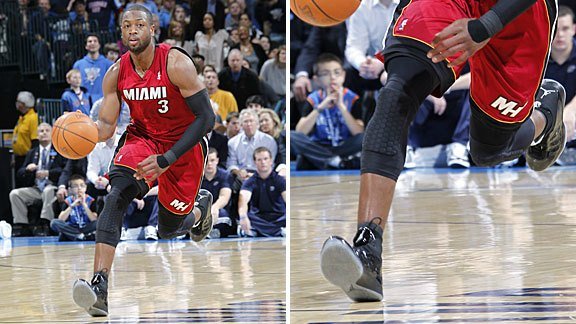 We are currently amidst the finals of the 2015 NBA playoffs. In a lecture on my site globalsportconcepts.net I discuss the problem of non-sprint running mechanics; most notably the instance of heel strike. Many athletes from other sports, especially Basketball players are notorious for running with heel strike. The difference, however, is that basketball players are running on the hard court. As a consequence, heel striking on a basketball court is more structurally expensive than heel striking on a grass field/pitch.

The heel is not designed for managing impact stress much beyond the cost of walking barefoot. Shoe manufacturers, however, have contributed to a worldwide epidemic of heel striking while running. The impact dampening properties of the sole of running or training shoes allows athletes to heel strike void of sounding the anatomical alarm bells. These alarms blast if the same athletes were to attempt heel striking while running barefoot on the same surface.

Further, biomechanics 101 tells us that immobility of a distal joint amplifies stress to the next proximal joint when under load. Consider how heel striking obviates the force mitigating properties of ankle mobility/Achilles tendon lengthening during a mid or forefoot strike to the knee and hip. Heel striking places the near totality of force absorption on the heel of the shoe and the joints proximal to the ankle (knee and hip). Regarding those athletes who are consummate heel strikers, we may postulate that the Achilles’ tendon is deconditioned from a lack of lengthening during initial ground contact and greater impact stress is incurred by the knee and hip. One then cannot ignore the instance of Achilles tendon and knee ligament ruptures in sport and ask the question:

“What is the relationship between these injuries and the epidemic scale of inefficient running mechanics, and amongst a variety of other movements?”

For this reason, when working with athletes who heel strike, my first instruction intended to amend this inefficiency is for them to remove their shoes and run a short distance on a running track or street. In this way, not a single coaching cue is required to solve the problem. As the body immediately recognizes how unsuitable the heels are managing the ground impact stress of heel striking barefoot on a hard surface. Thus, the foot strike is quickly reformed to a mid-foot or forefoot strike depending on running speed.

Beyond impact stress alone, running with heel strike invariably causes ground contact to occur farther in front of the hips. The farther in front of the hips the foot makes contact the lower the hip height and the longer the ground contact patch. Both factors contribute to less energy efficient as well as slower running. Also, the greater impact stress is not limited to the heel. When heel striking, particularly at faster running speeds, deflective forces are magnified to the connective tissues of the posterior knee and distal hamstring.

… various sport statistical resources agree that in field sports, such as Rugby Union, it is not uncommon for those athletes to total 5-7km of running per match (depending on position and tactics) and in Australian rules football, the mother of all field-based sports in terms of running volumes, the totals may climb as high as 12-13 km in a single match (these numbers were almost double in years past prior to the increased frequency of rotating players in and out of a match).

Cornerbacks and wideouts in American football may cover up to 1.25 miles or right around 2 km per game.

In terms of ground impacts, resultant of running, and depending on the sport in question, we are now looking at close to a thousand of ground contact repetitions in a single American football game (small skill players) up to several thousand for an Aussie Rules footballer.
These figures merely represent the volumes of ground contacts that occur during a single contest, and surely the movement speed is highly variable in all field and court sports. That being said, we must further account for the galactic volume increase when we begin adding up daily, weekly, monthly training sessions.

When discussed in such terms, any coach must then ask themselves the following question, “What price does each athlete pay every time their foot hits the ground in an inefficient manner?” The answer to this question should make clear the fact that an inordinate amount of non-contact injuries, particularly sustained to the low back, hips, legs, knees, ankles, and feet, regardless of sport, may be attributed to inefficient running mechanics. There is no sport conducted on a track, field/pitch, or court that includes volumes of repetitive movement based tasks that come even remotely close to the volume of running. It is, therefore, this aspect of the track, field/pitch, and court sports preparation that must be placed at the forefront of mechanical development as well as strategic loading.

Granted, while these volumes account for total distances covered, we know that the bulk of running efforts in most team sports are beneath sprint intensity and, therefore, lend themselves to heel striking.

See also  Why the 100m Is the Most Difficult Race

As we watch the Golden State Warriors battle it out with the Cleveland Cavaliers, consider the net worth of the players running up and down the court on their heels in front of a staff of physios and coaches.  Are the same physios and coaches unaware of the structural implications?