What is the Iliotibial Band Syndrome (ITB)? Part 2

You are here: Home / Coaching / What is the Iliotibial Band Syndrome (ITB)? Part 2
30
SHARES
FacebookTwitter

Click here for What is the Iliotibial Band Syndrome (ITB)? Part 1

As a chiropractor and musculoskeletal practitioner, I see pain over the lateral thigh as a common presentation.

Often in either runner, cyclist or people who regularly exercise, many turn to their foam roller to reduce pain and tension.

The first article covered why the area feels painful and tight. In part two we will cover the possible mechanical faults behind the pain and what we can do about resolving it.

One of the major roles of the ITB (Ilio Tibial Band) is stabilising the knee. As the knee is a hinge joint, it is not designed to allow movement side to side. If the knee moves medially or laterally excessively during exercise (particularly high repetition movements, e.g., running or cycling), this will cause damage to the knee as well load up the ITB. There are three main biomechanical faults that cause this:

The ITB works with the glute medius, and vastus medialis to make sure the knee tracks in a straight line. If the knee is a train on a track, then the ITB, TFL and glute medius are the rails on one side, with the adductors and vastus medialis the rail on the other. Both sides need to have equal tension and muscle activation to create correct function and tension on the knee. Poor activation of the lateral hip muscles (TFL and glute medius) will lend the femur to rotate internally, placing a tension force on the ITB.

To keep the knee tracking in a straight line, a combination of approaches needs to be taken. These can be based on two principles:

See also  Loyalty & Patriotism, Who do you Root for?

A. Mobility – as discussed above making sure the knee tract receives equal tension on both sides. Rather than focusing so much time rolling out the ITB itself, two areas that would give you better mechanical changes are the adductors, glutes and tensor fascia latae. Rolling these areas will keep the tension balanced around the knee.

B. Strength – strengthening and activating the glute medius will keep the femur externally rotated. There is a variety of exercises that activate and strengthen the glute medius. In my experience the best are the clam, monster or crab walks (with theraband) and squats (theraband above the knee). Later progressions can be pistol squats and single leg deadlift.

The foot is a complex area containing 26 bones and 33 joints. Correct gliding of these bones is important for the function of the foot but also the hip. A mechanical default called pronation syndrome can cause the arch of the foot to drop, lending the knee to shift medially and the hip to rotate internally. This mechanical default creates an internal rotation of the knee and hip, loading up the meniscus in the knee, the ITB, the labrum and lateral bursa of the hip.

Restriction in the movement of the bones in the foot particularly the navicular and talus, can contribute to pronator syndrome. A trained manipulative therapist can correct these restrictions, improving joint gliding. Continued issues may require arch support in the form of an Orthotic.  Athletes can reduce tension through the foot via releasing out along the bottom of the foot with a golf ball, to relax intrinsic foot muscles. 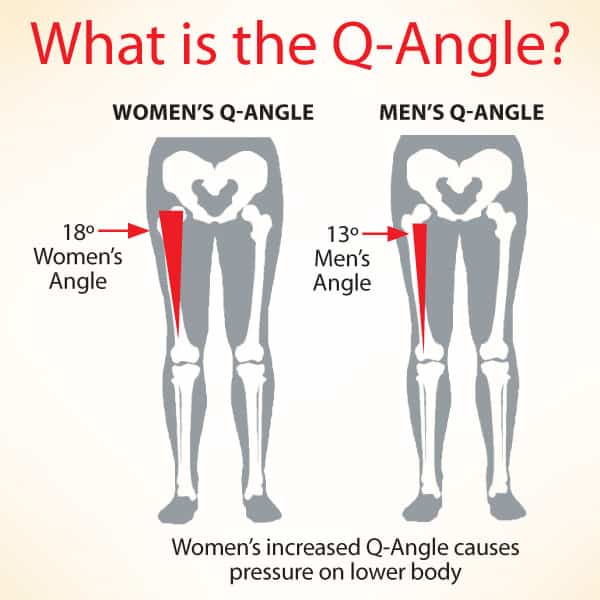 The Q (quadriceps) angle is described as the angle formed between the femur and tibia, that being the angle where the quadriceps pulls. The greater the angle, the greater the load on the lower limb as well as the ITB. This ankle varies from person to person and between males and females. Females tend to have greater q angles due to a wider pelvis, because the hips are wider the tension on the outer aspect of the thigh is greater. This is believed to be the mechanism as to why women have a greater prevalence of knees injuries than males.

The Q angle can not be greatly changed through pelvic torsion is believed to exaggerate this angle making it worse. Chiropractic manipulation is very beneficial in correcting pelvic torque or tension.

Through this two-part series, we have discussed the basic anatomy of the ITB and the reasons why it is a painful area to roll out. The focus of Part 2 has been on the biomechanics behind why there may be pain and what can be done to resolve it. Hopefully, you now have a greater understanding of this area and ways you can prevent it from getting so sore.