The subject of winter training gets discussed a lot, and I expect very few coaches need advice. However, there will be a lot of athletes who read Jimson’s blogs and also there might be a few people who may be considering starting athletics who might want to understand such things.

Let me start with the latter. 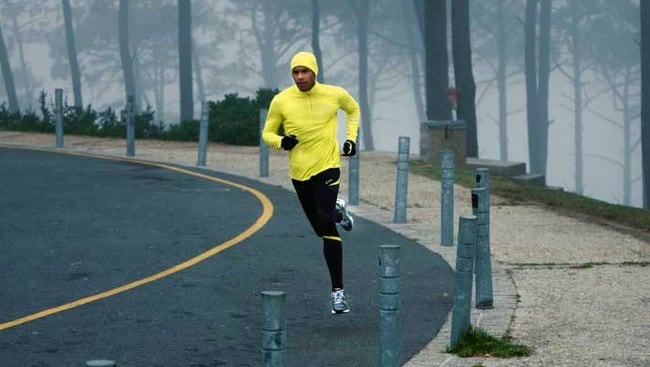 “Athletics is a summer sport, isn’t it?”

Yes in the “Summer Olympics” and “Winter Olympics” context, but no in almost every other. I have kids turning up to start athletics in May or even at the beginning of June. Come back in September.

Let’s start with the name “winter training”. It’s a misnomer in many ways. It doesn’t start in winter, and it finishes in spring. But it’s not really season training at all. It’s just training. That’s all it should be called.

The training goes through cycles over the course of the training year. Different coaches do different things and my opinion is that none of them are wrong. They’re just different. Short to long, long to short. I genuinely don’t think it matters. There is enough evidence to support pretty much any system. The most important thing is that there is a structured approach that forms the basis of training.

For me, I tend to change depending on circumstances. This year, for example, I’ll be doing a primarily long to short style programme, but that doesn’t mean my athletes are running 5k every session between now and Xmas. They are doing tempo level runs and speed endurance but we still do maximal accelerations.

Before we start the training year, we have a break. It’s usually 3 or 4 weeks. A lot depends on the season and the coaches availability as much as the needs of the athlete. As my athletes are all quite young 14-18yos, the break is less important for them. If I give then too long a break, they tend to start training on their own instead, which ruins the effect.

To avoid this, I start training with a 4-week preparation phase. Again, what I do here changes year on year but it is usually the thing I think the group need the most that we haven’t had time to work on in last season’s competition phase. Often that is conditioning of some sort. This year it has been technical, physical education. Drills. We’ve spent four weeks relearning the drills and getting them right. We spent two weeks on ankling with dorsiflexion!

We’re now into tempo runs between 100 and 600m up to 3000m total at around 75%. We also do acceleration sessions between 30 and 100m. This is the tough stuff of winter where mental discipline plays a huge part. That’s as important as the physical development for me. We don’t have fancy facilities, so rain, snow, ice. Makes no difference. Training continues. Obviously the sessions are adapted or changed for conditions but they were never cancelled.

We run indoor competitions but I don’t do any major tapering. It’s just part of the training year for me. Summer is where the big stuff is. English schools for pretty much all my athletes is the key event. So the peak season is May, June and the beginning of July.

So when people turn up in May to start training, I tell them to come back in September.