Below is a Q&A with Derek Hansen, the founder of Globus SpeedCoach Electrical Muscle Stimulation devices.  Click here for more information on the SpeedCoach EMS.

Question 1:  First of all, I understand you recommended the Globus system on freelapusa.com. Why do you simply prefer that device? What do you like (and dislike) about it? 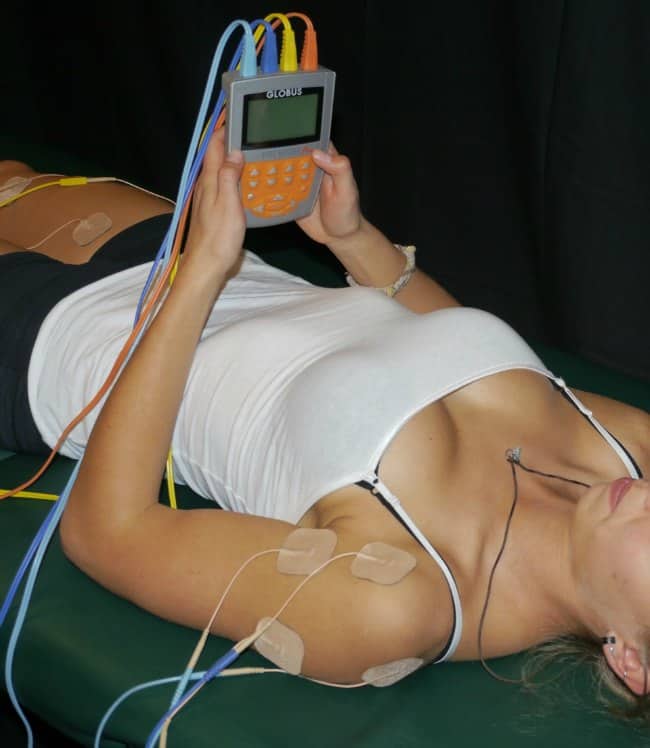 Derek Hansen:  I have developed the protocols for the Globus SpeedCoach model that is directed at high performance athletes who want to improve their strength, power and speed. Globus was the company that decided they could incorporate my ideas into a portable electrical stimulation unit, hence I developed a working relationship with them. When I have an idea based on my practical implementation of electrical stimulation with a group of athletes, I can easily contact my engineering contact at Globus and incorporate the idea into a new product. I like the flexibility of being able to modify protocols to fit my needs. Globus allows me to do this very easily. Most other products have pre-set programs that cannot be modified. Of course, the average consumer doesn’t want or need to modify protocols on their stimulation units, but I prefer to have this control when working with elite individual athletes.

Question 2:  So far I’ve looked at the MarcPro and Compex devices, which I understand have similarities and differences. How would you compare Globus to those? What’s similar/different/better/worse?

Derek Hansen:  I would say that Compex and MarcPro are “sexier” looking devices. As I mentioned previously, Globus allows me to incorporate my own protocols and ideas into their units. They may look less flashy in their design, but the Globus units are very robust and allow me to achieve my training objectives with the numerous individual athletes that I work with.

Question 3:  Describe your take on electrical muscle stimulation as a training tool. What are it’s biggest benefits and who is it good for?

Derek Hansen:  Electrical muscle stimulation allows us to work at intensities that sometimes we cannot achieve voluntarily. We can achieve maximal recruitment in a muscle with electrical stimulation that we may not be able to voluntarily through conventional exercise. In some cases, central nervous system fatigue prevents us from achieving optimal muscle activation. In other cases, pain or an existing injury may inhibit us from recruiting muscle maximally. Electrical stimulation bypasses the central nervous system to achieve maximal recruitment very effectively. This is useful in training for performance, but also very effective in helping to return an athlete to competition following an injury or surgery.

Electrical stimulation is also useful in promoting recovery by enhancing circulation and relaxing tight muscles. Protocols that acceleration recovery through the pulsing of muscle are very useful between bouts of intense exercise. Not only do athletes feel more recovered after a light pulsing protocol, their muscle can feel considerably looser. Because many of the newer electrical stimulation units are portable and not much larger than a phone, they can used as a mobile training device during travel. The convenience factor also encourages athletes to use the device more frequently.

The same benefits achieved by high performance athletes can be used effectively for recreational athletes and the general population. Strengthening and loosening muscles with electrical stimulation can also help the ageing population. Strength maintenance and muscle re-education can be signficant benefit. I bought electrical muscle stimulators for my parents. They are in their seventies and are still able to be very active.

Question 4:  I understand this technology is growing in popularity, going from the elite athlete market to consumers. Is that something you’ve seen?

Derek Hansen:  Electrical stimulation is much more popular amongst the general population in Europe. It is slowly catching on in North America. However, electrical stimulation has widely been used within the domain of physical therapists. With a little bit of education, the general consumer will soon be able to take advantage of all the benefits experienced by athletes. I anticipate that the future iterations of electrical stimulation devices will simply be controlled through an app in your smart phone. You will be able to program our device to your liking through your phone, and save the programs that give you the most benefit. 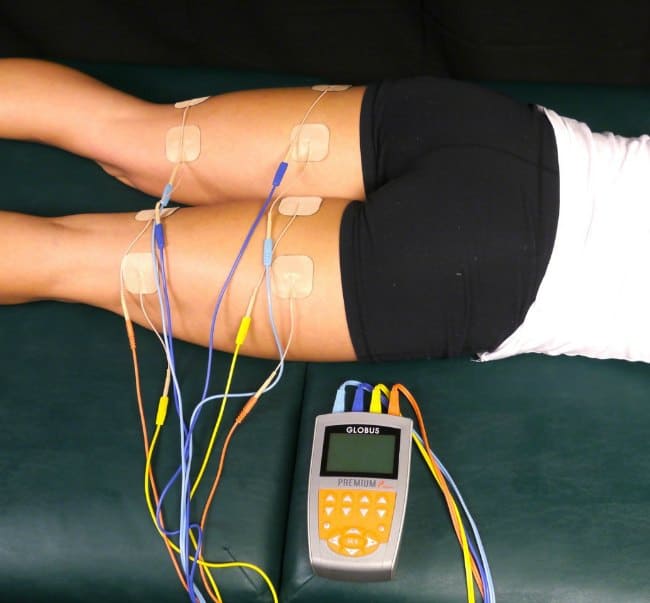 Derek Hansen:  For pre-workout scenarios, electrical stimulation can be used to warm-up the muscles with a general pulsing program. In more extreme instances, a very intense contraction protocol can actually jump-start the nervous system and prepare athletes for very intense performances in a very short period of time. The “jolt” given by such pre-workout protocols can be quite uncomfortable initially, but the benefits are significant. For post-workout scenarios, electrical stimulation is used as a recovery aid, speeding the recovery process by promoting enhanced circulation. As I mentioned previously, if you have limited time and energy to do a conventional warm-up or cool-down, which is often the case for professional athletes, electrical stimulation can be used as a substitute for these activities both pre- and post-workout.

Question 6:  When or how should you NOT use one of these devices? What should you avoid?

Question 7:  As a trainer or coach, what type of training gains have you seen through the use of one of these systems?