Here are 6 events in Track & Field that aren’t official IAAF events, but nevertheless good fun and great for generating interest in Athletics.

Note that the beer mile is omitted because I think it’s unhealthy (at least for me) to drink a full beer, run 400m, and repeat 4 times!  (Women only have to drink 3 beers, because of their bodyweight)  My eyes would be bloodshot, and my cheeks would be as red as Rudolph’s nose.  Not to mention how sick I would be when consuming that much alcohol in such a short period of time. 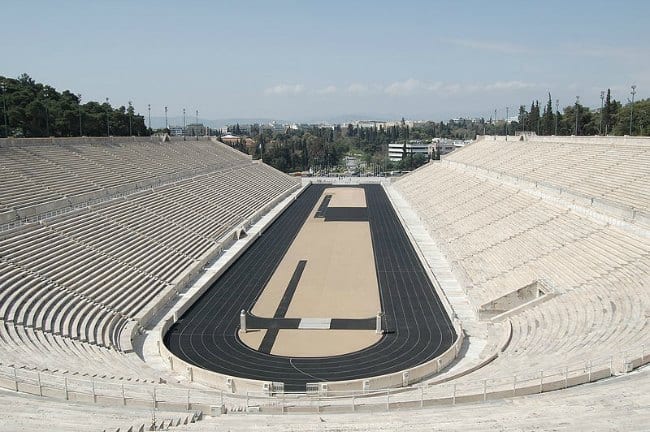 Running counter clockwise started in the 6th century BC and has stayed that way ever since.  That’s over 2600 years!

The University of Ghent conducted a study on why all athletic track events run anti-clockwise, and the 2011 Brussels Diamond League hosted an unusual event… the Reverse 400 meters running clockwise!  In this race, the winner just misses the World Best (since it’s not really a world record).

How about a 400 meters sprint while juggling 3 balls?

#3 – Full Decathlon on Ice with Skates

Imagine one day you wake up and your entire track is covered in a sheet of ice?

No worries, Spikey the Mascot has it covered.

Some of the events I cringe upon thinking, like pole vault.

Other events like the 1500m should be much faster than regular track spikes (without ice!).

How about the 400m?  His time may surprise you!

It’s hard enough to high jump 2.18 meters (7 feet 1.5 inches), let alone one of you jumping it, while the other guy knocks it down, and keeping your composure without strangling the other guy :)

Other world records are listed here.  My hamstrings hurt watching this video!