You are here: Home / Track & Field / What is the Real 60 meter World Record? and 50 meter?
7
SHARES
FacebookTwitter

While most of you know the Men’s 50m and 60m indoor WR were set by Mo Greene with times of 5.56 and 6.39 respectively, did you ever wonder who had the fastest official recorded splits for the outdoor equivalents?

By the way, I’m not counting the 5.56 of Donovan Bailey because that was set in altitude.  And possibly a false start that was never called back :) 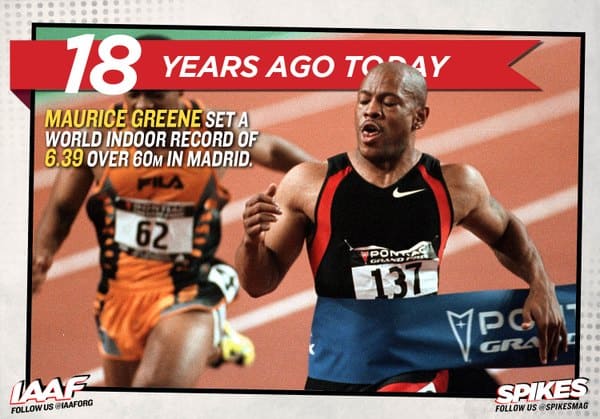 I talked about the 50 meter and 50 yard world records in this article.

Without those crash pads that can psychologically slow you down in an indoor 50 or 60, surely the times would be faster? (Okay, I will stop calling you Shirley).

Who peaks in March when you peak for August when it really matters!

Of course, these splits are funeral compared to the unofficial splits of Usain Bolt’s 5.47 and 6.29 set in Berlin 2009 WC.

I am surprised we don’t see more split times at track meets, like the 100 yards, because the timing equipment would come from the official timekeepers.

If you love track trivia and all the obscure world records, see: