This excerpt is from the upcoming book The Sprinters Compendium, due to be released Fall 2016

A coach should do their best to lead by example when it comes to sports psychology. Leading by example doesn’t mean every coach must become a mystic guru that lives a transcendent existence. However, if a coach is interested in sport’s psychology they certainly can participate in any of the activities they are comfortable doing in practice.

Realistically, the coach’s primary responsibility is to show there completely invested in performance psychology of their athletes. A coach must be a rock of confidence and display as positive of an attitude as possible when interacting with their athletes. Being kind doesn’t mean you lie to your athletes when they know they have underperformed, but it is important when possible to find a positive spin.

From time to time, a coach may still need to use tough love when the situation calls for it. Even in these moments, your athletes need to know you care about them, have high expectations, and that if you didn’t care the conversation might not take place.

According to Brian Risk during the World Speed Summit, one of the most important aspects of sports psychology you can model to your athletes is how you handle yourself during track and field meets. Risk stated the coaches should avoid treating track and field events as a social gathering. Coaches are at meets to work, and it is important the athletes see the coaches are engaged in the process. At track meets, athletes will be nervous and often will project their fears on the coach. Even the most experienced coaches or athletes will get nervous.

See also  Why are English and French the Official Olympic Languages? 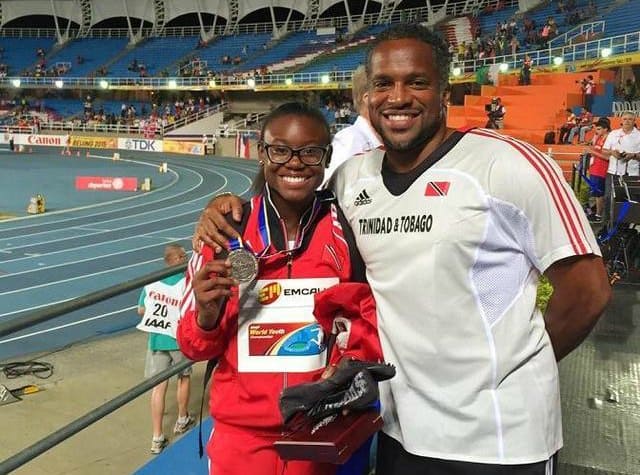 “It’s the worst. I’ve been in four Olympic finals, I do live TV to a billion people for a living, and none of that stresses me. The minute Khalifa has to run, my stomach is upset, I can’t sleep, I’m nervous, I’m anxious. It’s taken me to a place I’m most uncomfortable with.”

Ato’s quote is so revealing to the process coaches go through when it is not them climbing into the blocks or toeing the line on the track. Described by Ato the emotions a coach feels during the days of competition is unique to the coaching experience. Even though these feelings are very real, it is important to “fake it until you make it” when it comes to confidence.

Personally, I can tell you the emotions of race day do improve and become healthier as you gain perspective. Many athletes are observant of changes in their mentor’s personality. At first, it may go against the coach’s nature but try and be positive or goofy the day of competition. High strung athletes might need a bad joke or funny story from the coach on the day of the meet. Talk about the fears the athletes may have and let them know those feelings are normal.

Often they forget that the athletes they are racing have similar sentiments. It is important to use the fear as fuel and to direct it in achieving higher performances. It is important not to ramp the sprinters up with some over the top motivational speech and instead give them the tools to reach optimal arousal for the meet. Keep things simple and focused on the task of achieving greatness.

Even the most confident and happy coach will still scare some athletes on race day. If this is the case, a coach’s mere presence makes the athlete worry. Coaches who train large groups will likely have an athlete that fits into this category. In these situations, the coach may want to use an assistant who doesn’t scare the athlete as much as the head coach to relay messages on race day or just a say a few quick things and give the athletes some space. I often have a coach who is responsible for our team warm ups during race day. I have found the usage of a warm up coach helps relieve some of the stress experienced at the meet and allowed me to take care of the other aspects of managing an event at times be overwhelming.

However, even in this situation, a coach should let the athletes know where they will be located most of the meet so if they have any concerns they can be found quickly. If the athlete does a great job be the first to greet them with a high five or a huge (or in my case a couple of goofy dance moves).

If the athlete doesn’t have a good race a quick pat on their back and letting them know you guys will talk before the day is over is enough. It has been my experience giving the sprinter some space makes for a more useful debrief when emotions are not so high on the ride home or before they leave the track.