This video from Neomotion Films based in Atlanta has a lot of great insight from Stu McMillian, Dan Pfaff and Andreas Behm.

There is a lot of comparison between Andre DeGrasse and Donovan Bailey, but at the end of the day, the clear message is sprinters all have different body types and styles, so choose the training approach carefully.  There is no “one” way to get to “number one”.

If you followed my Blog over the past 9 years, you know my message when it comes down to education.  Very few athletes will make a living in Track and Field, so it’s best to go to school, get a degree or two, and always plan for Plan B. Or Plan X.

Here, we have Brendan Rodney not take high school seriously, and eventually completes an Undergrad and Masters with a 4.0 GPA.

Oh, did I mention his performance on the track? :)

Also, listen to his response on work volume.  From 2 hours a day 5 days a week, to 2 sessions a day for 2 hours each (one for weight training).  Even his coach didn’t believe they were doing their “easy workouts on their own” so he issued a team practice!

Watch the full video, and see what he plans to do for life after track!  The answer may be a surprise to you. 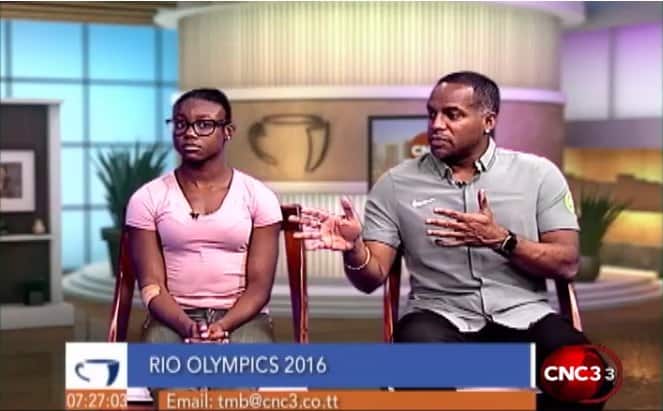 There are several take aways from this video when Ato speaks. (video link here)

See also  What is the Drive Phase in Sprinting? PART 2

The biggest comment is the relay camp, and how Japan fared so well because they started in March or April.  (In the above Brendan Rodney video, he also talks about early relay camps, and Japan-Canada finished 2-3 at Rio behind Jamaica with the USA disqualification)

The other comment is on entitled kids (some call this generation “Millennials”?). I do feel there is a society shift, primarily due to social media. In the past, we only had a couple of TV channels, and a handful of newspapers and magazines.  Today, every person’s Twitter, Facebook or Instagram is a TV or media channel.  SpeedEndurance.com is a media channel :)  Thanks for watching!

Finally, he speaks out about the lack of up-and-coming athletes. The farm system.  Yes, tomorrow’s champions.  We are losing kids to other sports (i.e. football, rugby, etc) and I’ve been saying that for decades.

Copied from my previous article on Rio 2016.

Ronald Forbes is a 110m Hurdler from Cayman Island, as well as the flag bearer.  All we see after the Opening Ceremonies is a 14.67 coming in 6th place in the 110mH heats.  Non track fans may think this is a “preliminary round”.

If you haven’t seen his story on Facebook, takes 6 minutes and watch this inspiring video below. Some call it determination. Others call it madness. Remember, get up, dress up, show up, and never ever give up.

Let’s see how MY leg will look like after 10 weeks in a cast!

Originally aired 16 August 2016, Sarah Dingle reports on the human cost of the widespread doping programs run by the former East Germany in the 70s and 80s. What amazes me is some of the East Germans are STILL living in denial about their past.

I have no doubt in my mind that the East German medallists were selective AND talented, AND they worked very hard with world class training and recovery programs, but I do feel they are “living a lie” and that they’ll take it to the grave with them.

After recently watching the Helen Mirren movie “The Debt“, the movie struck a chord in me, as it resonated to some of today’s Gold medal winners “living a lie” of saying they were clean all these years.   Just like similarities with the life and times of Antonio Pettigrew.  Sad, very sad.  Only a few will come out clean like Charlie Francis or Dwayne Chambers.  I wish others would just follow suit.