Lee Evans: A Plea for Help

You are here: Home / 400 meters / Lee Evans: A Plea for Help
47
SHARES
FacebookTwitter

If you are a reader of SpeedEndurance, you don’t need a reminder of who Lee Evans is.

When you consider he ran 43.86  in altitude, what could he have run if he had a faster track surface, lighter spikes, compression spikes, better aerodynamic clothing, compression clothing, and speakers installed in starting blocks?

I think he could have broken 43 seconds… 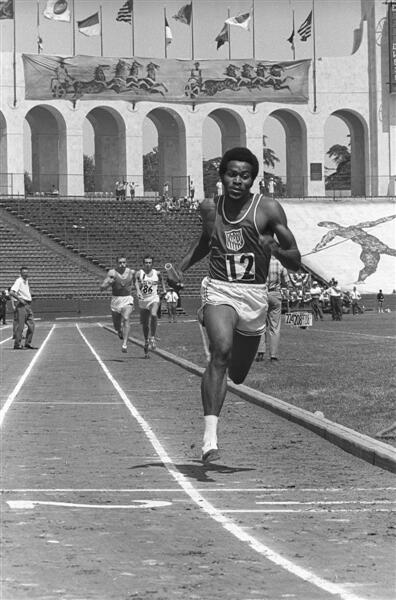 Lee Evans in the USA-USSR meet

Lee Evans, the Other side

A lot of people don’t realize he left for Africa in 1975 for about 20 years and produced 3 Olympic medal winners for Nigeria.  He did return to the USA with stints at University of Washington and University of South Alabama, but he eventually retuned to Liberia and started raising money for a school.

Liberia is the home country of his wife, Princess where she grew up in a refugee camp in the Republic of Guinea.  Liberia is also the place where she met Lee in 2008 while he was working for the United Nations.

You can read my interview with him where he was willing to part with his 2 Gold medals to benefit the school.

But at the end, sustainability is what it’s all about, and that means farming.

Since Liberia has about 75% unemployment, Lee’s objective was to build a farm to finance the building of the new school.  Eventually, he purchased 13 acres outside of the Liberian capital of Monrovia to build a school.

Unfortunately, on his recent visit to the USA, with a stopover in Kentucky to visit Tom Lough (a modern Pentathlete) to learn more about commercial farming, he still has family in the Bay Area.  Upon visiting his sister Rosemary, he became ill and was immediately hospitalized diagnosed with a brain tumor.

Since he is 64, he is not eligible for Medicare which would cover the cost. Since he doesn’t live in the USA permanently, he doesn’t have health insurance.

He has already suffered discrimination because of his lack of health insurance at the hospital.

“I heard his doctor in the hall and I heard him say he wished [Lee] had been transferred somewhere else because he didn’t have insurance….  Lee is in intense pain. Not even morphine is helping. He hasn’t eaten in several days, yet there was no IV in his arm when I first went into his room. He’s lying in his filth and nothing is happening. If family members aren’t vigilant… If we aren’t vigilant, I don’t know what would happen.”

I spoke to Lee Evans’ son Aleator, and below are donation buttons to his personal PayPal account.  Please make a donation to help cover his medical expenses.  Any amount is appreciated.

Alternatively, you can use this link to spread the word. Please copy and paste this link:

Our thoughts and prayers go out to Lee’s family, and the entire team at SpeedEndurance wishes him a full recovery.