The picture below was nominated the “Photo of the 2012 London Olympics”.

You what I am talking about.

Carmelita Jeter anchoring and winning the 4x100m relay, shattering a world record that we thought was untouchable due to the East German “possibility” of drugs.  Winning, when we all thought the Americans would “screw up again” by dropping the baton or running out of their zone. 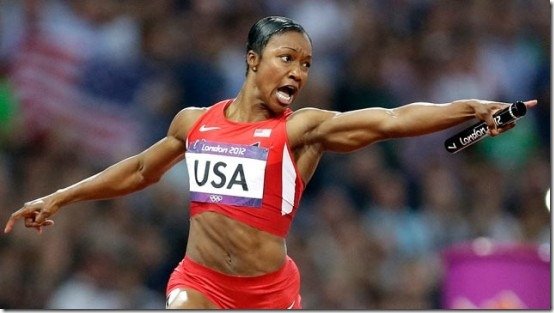 Jeter points to the clock on her left. New WR. Gold.

That being said, Chris LaMonica of The Fast Life had a chance to interview her (full article here), and here is what she had to say.

The first question was, “What should be the name or caption for that photo?”

Listen in and find out.

See also  Ian Jeffreys and the RAMP Warm Up