Want to Race Against Justin Gatlin or Warren Weir?

The 2014 Edmonton International Track Classic is now less than a month away and the final event schedule has now been confirmed for July 6 at the University of Alberta’s Foote Field.

The final schedule for the invitational event on July 6 are now posted on the EITC website.

The event begins at 1:00pm with the opening ceremonies and the day will end just before 4:00pm with the men’s 100m event that will feature American Justin Gatlin, the fastest man in the world this year.

This year will see an open day of competition on Saturday, July 5, the day before the invitational meet.

Top finishers from the 100m, 200m, 400, and 800m on the open day will receive berths in the invitational event the following day.

So far, Justin Gatlin or Warren Weir are confirmed, and more big names are to come.

It’s not everyday you can get a chance to compete with the Elites.

Anyone wishing to compete can still register on Trackie.ca, and Edmonton is an easy flight for many athletes. 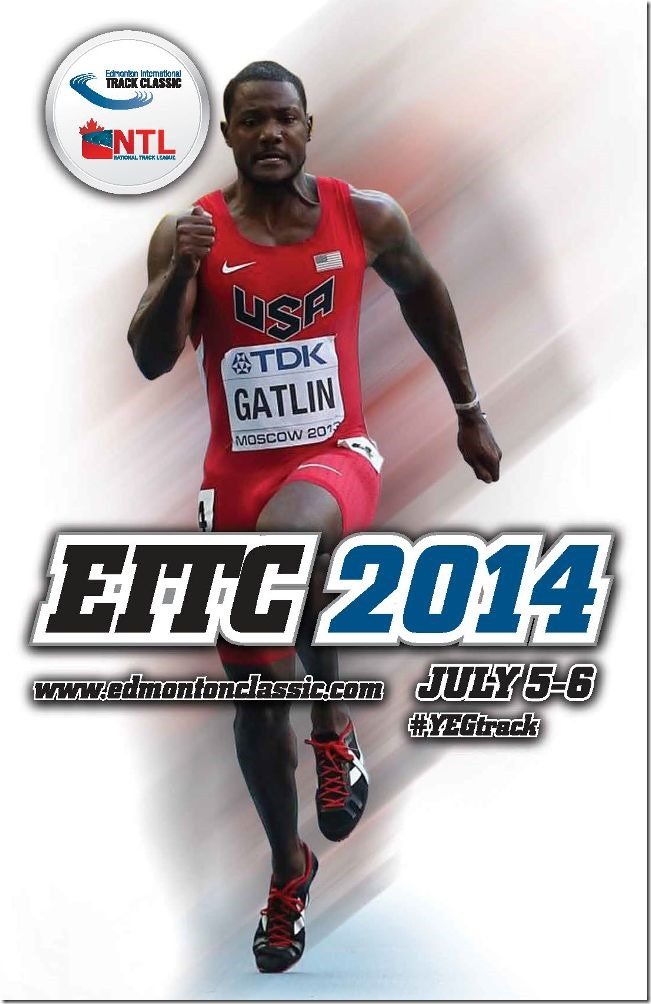