WHAT: The2014 Canadian National Speed/Power Conference

COST: $250
Includes lunch on Saturday, a free book from Human Kinetics and a 25% discount off future purchases 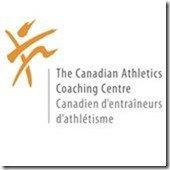 This conference examines the premise that a theoretically informed coach will be a more effective coach. In an effort to move beyond “coaching with tacit knowledge” it is our aim that this conference will encourage coaches to know the “whys” behind their coaching decisions and the “mechanisms” that support their practices.

Dan Pfaff is highly regarded as one of the best track & field coaches in the world today. He has coached Olympic/World/NCAA champions in the sprints, jumps and throws. As a sprint coach Dan is most respected for his work with Olympic Champion & World Record Holder Donovan Bailey. Dan currently holds the position of Education Director for the World Athletics Center in Phoenix, AZ.

Henk Kraaijenhof has coached a world record holder in the sprints, along with multiple Olympic/World Championships finalists from the 60m to the 800m events. Henk is a world-sought expert in the area of conditioning for Speed/Power based sports having worked with teams such as the Vancouver Canucks, Juventus Football Club, and Dutch national Volleyball & Field Hockey. Henk’s current areas of research lie in the use of psychophysiology and biofeedback in elite sports, in addition to innovative concepts for performance and athlete monitoring.

Derek Evely was the development coach to Canadian champions Dylan Armstrong, Gary Reed and Shane Niemi. Derek currently coaches Sultana Frizell, who in 2014 broke the Canadian women’s hammer record and won the Commonwealth Games. Derek is the former Sport Science Manager for the Canadian Athletics Coaching Centre and Director of UK Athletics’s Loughborough Performance Centre. He is regarded as a leading coach educator with a particular expertise in training methodologies.