Bring Back the Handicap Foot Race

This article is guest blogged by Liam Collins, founder of the www.allstarfootracing.com.

For videos and articles on handicapped races, click here. 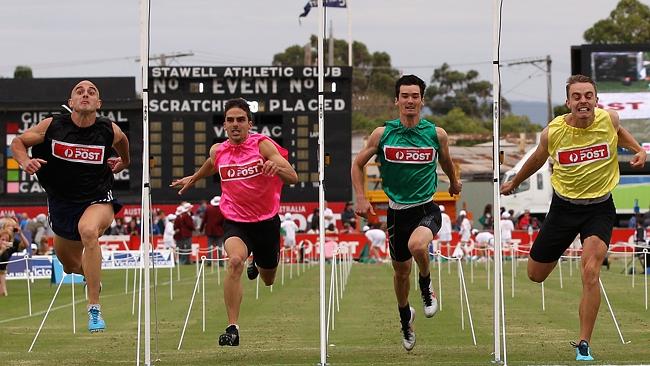 We are an alternative fitness club based in the North East of England, an area famous for its rich history of handicapped foot racing back in the days of the Pitt villages. Until now the handicapped racing scene has been dead and buried and could only be found on the borders of Scotland, in Australia or in underground street races. For those lost at this point, “handicapped racing” is where runners start from different marks depending on their previous race form or predicted ability.

We have formed this club to bring to the public two distinct and novel ways to both build strength and speed but also to enjoy using those attributes in a competitive and exciting environment:

Men or women race over a set distance but it usually takes place in car parks or abandoned streets as opposed to synthetic athletic tracks. We believe that in today’s fitness culture there is a trend moving towards functional strength and conditioning which can be seen most obviously in the popularity of the Cross Fit movement. We believe that our handicapped races whether official or underground will for the first time in history allow men and women to use their strength and power to compete, have a lot of fun and win both titles and prize money in foot races outside the arena of traditional track & field.

We also aim to bring to the public a series of competitive races between fierce rivals inside as well as outside of the sport of track and field. Watch out for 100m races staring Rugby league v Rugby Union players. Ex-Man city players versus ex-Man united. Ex-100m rivals putting their spikes back on and much more.