The overnight news was stunning. In an early morning raid at a fancy hotel in Zurich, Swiss police arrested a gaggle of FIFA officials. Americans who are used to our traditional “perp walks” had to be disappointed: no firearms, no handcuffs, and no meat wagons. The subjects were detained in a civilized manner and hustled off to the local constabulary in non-descript sedans. They were allowed to bring their luggage. 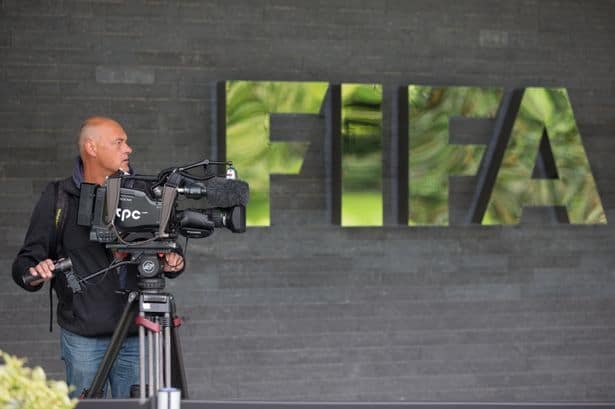 The criminal charges against these alleged miscreants, however, were not based on Swiss law. The 47 count indictment was unsealed in a Federal Court in Brooklyn and was a consequence of transgressions against US laws. In a press conference later in the day, no less than the rookie Attorney General of the United States, Loretta Lynch, and the FBI Director, James Comey, accused nine soccer officials and five executives of sports marketing firms of making and taking bribes totaling more than $150M as kickbacks for media and marketing rights to soccer tournaments over 24 years.

Over and over, the feds repeated that this was only the beginning of the case; that there was more to come; that they were not through. Watching the proceedings, I could almost hear Karen Carpenter warbling the strains of We’ve Only Just Begun.

FIFA is a vast criminal enterprise. Its governance is led by greedy, power-hungry thugs who operate with impunity. They take kickbacks and bribes, scalp tickets, and sell their votes to the highest bidder. There are no angels; they are all devils. Those who are not “on the take” are shielding those who are in order to keep their perks. First Class air travel, fancy restaurants, tony hotel suites, seating in “tribunes” at important matches, limousines; these are the trappings of these modern-day grandees. And, they control the best sport ever invented.

How ironic that the first serious challenge to their feudal hegemony has come from America. An American prosecutor has charged fourteen North and South Americans with fraud, money laundering, racketeering and bribery as a consequence of nefarious acts that took place in this hemisphere. Not in Europe, or the Middle East, or in Asia, or in Africa. The criminality was “New World” based.

My first thought as I watched these events unfold during the day is that you can kiss goodbye any chance that a World Cup will be awarded to the United States for many decades to come. These bastards have a long memory. They will never forget who broke up their party. Just as the IOC henchmen will never forget how Senator John McCain embarrassed them over the Salt Lake Olympic debacle, these guys will never forgive Loretta Lynch. We’re toast! To quote Bruno Mars and Mark Ronson in their hit Uptown Funk!, “Don’t believe me? Just Watch!”

My other thought has to do with the election for FIFA President scheduled for Friday. The unctuous Sepp Blatter, the incumbent, is running for a fifth, four year term. He is opposed by Prince Ali al Hussein of Jordan. I’m sorry, but I’m hearing music, again. This time a lyric from Aladdin: “Prince Ali-fabulous he-Ali Ababwa”.

You would get even money from Vegas that Blatter’s name will be on the next set of indictments coming from Brooklyn. I would not expect him to plan a US vacation any time soon. So, this leaves Sunil Gulati, the US representative on FIFA’s Executive Committee, in a ticklish spot. Does he vote for Blatter, as he did the last election, and draw the enmity of the Europeans who bitterly oppose his re-election. Gulati would have a hard time justifying this decision with those who want to clean up the cesspool.

Or, does Gulati bite the bullet, back Ali, and run the risk of incurring Blatter’s wrath in the event he survives this onslaught. Gulati has his post because Blatter considers him loyal, and he surely will be purged if he takes this more courageous path. I don’t see any “Profiles in Courage” on the horizon. Maybe a family illness will call him back to the states before the election.

These indictments originated from prior proceedings against the former General Secretary of the North American Federation [CONCACAF], Chuck Blazer. Blazer, a corpulent slob with near genius intelligence, is currently hospitalized with a serious illness. He was confronted several years ago by the FBI with evidence he had extorted and not paid taxes on tens of millions of CONCACAF monies. He agreed to wear a wire and cooperated with the government. It was recently revealed that he secretly pled guilty in 2013 to several serious charges and his sentencing has been delayed while the current investigation plays out.

In an interesting quirk, Gulati and Blazer have been good friends going back to 1980. Gulati currently sits in the FIFA chair that was then occupied by Blazer before his misadventures. When Gulati was forced from his post as Deputy Commissioner of Major League Soccer in 1999, Blazer gave him an office at CONCACAF’s headquarters in the Trump Tower. Even though they have been friends for decades and shared offices for nearly ten years, Gulati feigns ignorance of Blazer’s criminal activity.

In the movie, Blazer will be played by Peter Ustinov, Gulati by Ben Kingsley, and the plot will be incredible. I haven’t figured out the music in the soundtrack, yet.