One of my most common requests for SpeedEndurance is the readability and speed for mobile devices, such as the iPhone, iPod Touch, Blackberry Storm, and Android.  The home page looks more like a newspaper or magazine.

Based on tests, it’s now at least 3 times faster.

The site is already enabled for the hearing impaired using Odiogo.

Of course if you’d prefer to view the site as normal, you just need to scroll to the bottom of the page and flip the switch back to the normal view (where it says Mobile Theme “ON”… just turn it “OFF”)

There’s still one quirk, and that’s the tag function, but I’ll sort that out later.  Use Categories instead.

If you have a mobile device, let me know how this works for you.  I’d love to hear feedback. 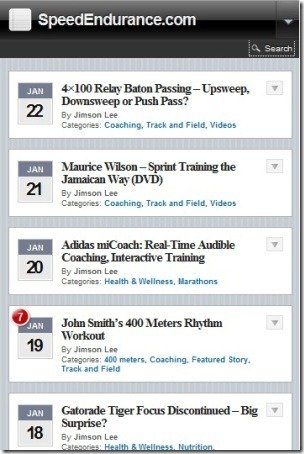 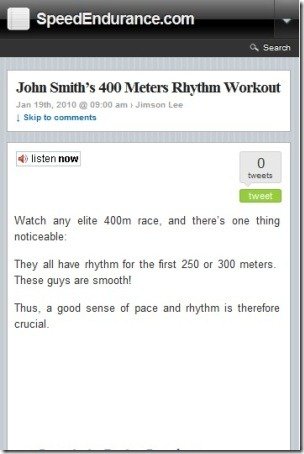