In any case, the real winners were the fans who braved the weather to see some good head to head competition… something that is missing in today’s World Record chasing with glorified time trials in middle and long distance races.

The video can be found on BBC Sports. 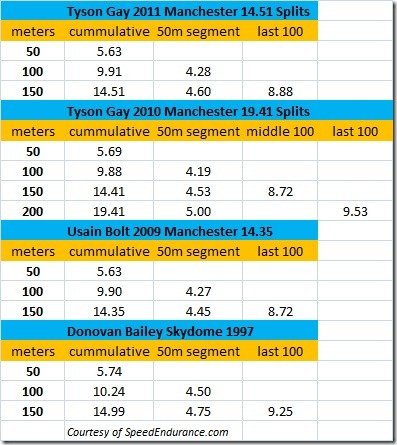