Michael Yessis and the Delayed Squat

You are here: Home / Coaching / Michael Yessis and the Delayed Squat
33
SHARES
FacebookTwitter

I was watching a great YouTube video with Coach Ron McKeefery interviewing Dr. Michael Yessis.  You can fast forward to 3:45 and get to the meat of the interview. 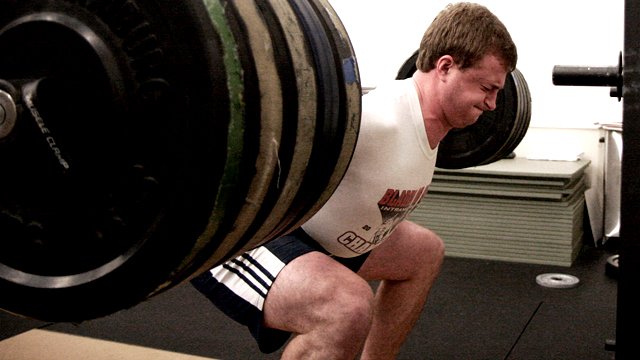 Dr. Michael Yessis received his Ph.D. from the University of Southern California and his B.S. and M.S. from City University of New York. He is president of Sports Training, Inc., a diverse sports and fitness company. Dr. Yessis is also Professor Emeritus at California State University, Fullerton, where he was a multi-sports specialist in biomechanics (technique analysis) and sports conditioning and training.

I was interested in this video because it was Dr. Yessis’ research that introduced me to the delayed squat way back in 1987.

for making Dynamic Isometrics popular.   Back then, he described the “delayed squat” where you do several “stops” before the explosive concentric phase.

For weight numbers, they recommend 60-70% of the one RM squat with only 2 or 3 reps.  (see my chart on calculating 1RM and Weight Percentages as well as Weight Training, Reps, Intensity and Benefits)

For a Primer, read my October post on Weight Training: Strength, Muscle Mass, and Endurance

To perform the delayed squat:

As you can see, the whole movement takes 12-16 seconds.  This method develops explosive power out of a static position.

Another study came from Weineck 2004 and they suggests 6 sets 6 repetitions using 60-70% of the one repetition maximum, but I think that is overkill.  If you are going to do 6×6, I recommend 5×5.

I like bench press for 2 reasons:  bragging rights, and holding my arms steady in the SET position.

For sprinters and developing leg power and strength, you can use angles of 129 and 95 degrees, since those are the numbers coming out of the blocks “SET” position.  Even back in 2007, Ralph Mann suggested you train at those angles with the force-velocity considerations. 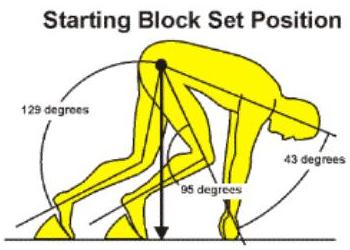 So Dynamic Isometrics for sprinters would look like this (adjust your weights and reps accordingly):

Today, we squat to parallel AND squat PAST parallel (i.e. what I call full squats) to ensure adequate hamstring involvement.  (see the series on hamstring pulls)