The Effect of the Berlin Wall Going Down

You are here: Home / Life & Culture / The Effect of the Berlin Wall Going Down
6
SHARES
FacebookTwitter

It doesn’t really matter because what does matter is the freedom for all people.  We still have a long to go. 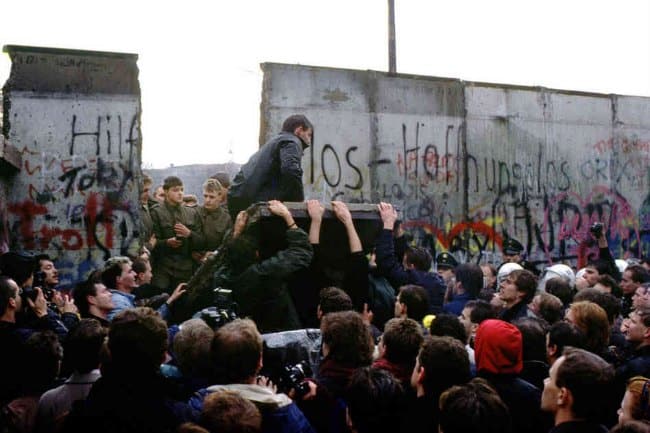 But how did it affect Track and Field, and the Olympics?

With the Soviet Union being dissolved in 1991, the Baltic nations of Ukraine, Estonia, Latvia and Lithuania sent their own teams for the first time since 1936. The other Soviet republics competed under the name Unified Team.  This meant Sergey Bubka would be competing for Ukraine for the very first time (in which he no-heighted in the pole vault)

The break-up of Yugoslavia (or Socialist Federal Republic of Yugoslavia) led to the Olympic debuts of Croatia, Slovenia and Bosnia & Herzegovina.

South Africa was allowed to compete in the Olympics for the first time since the 1960 Games, after a long suspension for its apartheid policy.

In basketball, the admittance of Professional players led to the formation of the “USA Dream Team” of the featuring Michael Jordan, Magic Johnson, Larry Bird and other NBA stars.  Yes, they won the gold medal.  Losing teams were quick to have their photos taken with the stars after the game!

November 9, 1989 was a monumental time in history.