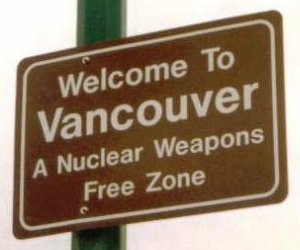 Thanks to AREVA, they have stepped up to the plate and saved the meet.

Do you think people really care that they are in the Nuclear Power business? Imagine if Seagram’s Distillery or Benson and Hedges Tobacco were the title sponsor? Would that raise any alarms?

Woman’s Tennis once had Player’s (Imperial Tobacco), and that sent the wrong message.

In the recession, I guess any money for funding is good if you are desperate. Everything has a price.

Below is their press release:

This event will be held at the Stade de France on the 17th of July and will be the first step in an ambitious project by AREVA to promote athletics, a discipline that is open to everyone and in which human performance is key.

“AREVA has joined the world of athletics with great enthusiasm. We are keen to make the Meeting AREVA a true celebration of sport and energy, a major public event combining sporting excellence and spectator excitement”, emphasises Jacques-Emmanuel Saulnier, Senior Vice-President Communications and spokesman for AREVA.

“AREVA is a world champion in the field of energy, and is joining us at a key moment in the development of the Meeting, an important athletics event not only in France but also on the world circuit. The Meeting AREVA will become an even brighter showcase for athletics, benefiting not only the spectators but also the athletes, who will relish such a wonderful stage for their efforts, thanks to the international profile of the event”, underlined Laurent Boquillet, Managing Director of Meeting organisers SAOS.

But beyond the Meeting itself, AREVA is extremely eager to make substantial long-term investments in athletics through a complete programme, and discussions are currently under way with the French Athletics Federation (FFA) to this effect. The programme will support toplevel athletes and assist future champions, while encouraging sport at a grassroots level.

“As Chairman of SAOS, I am very happy to welcome the arrival of AREVA as the new title sponsor of the Meeting, giving this major international athletics event a second wind. And as Chairman of the FFA I am also delighted with the interest that AREVA has shown for our sport, and their wish to make a full and long-term commitment to a global partnership at our side.”, declared Bernard Amsalem, Chairman of the Board of Directors of Meeting organisers SAOS and Chairman of the French Athletics Federation (FFA).

The programme that is currently being developed with the French Athletics Federation will be announced in a press conference to be held before the start of the summer season.