Being in the Rome Olympic Stadium sure brings back a lot memories.

In 1987, it was the prelude to Seoul when Ben Johnson beat Carl Lewis in 9.83 breaking the old record of Calvin Smith’s 9.93.  BJ’s 9.83 was later wiped from his admittance to steroid use, despite testing negative at the competition.  Carl’s 2nd place 9.93 time credited him with an EWR performance.

Rome was also the site of Bulgaria’s Stefka Kostadinova 2.09m at the same the World Championships.

I am not sure if Croatia’s Blanka Vlasic is a reader of my Blog, but now I have a “gift” for her for motivation (not that she needs any, but if she does, great)

Blanka Vlasic’s recent 2.08m left her is disbelief shock as seen by the YouTube video.

So here is an old newspaper clipping of that famous WR 2.09m high jump. 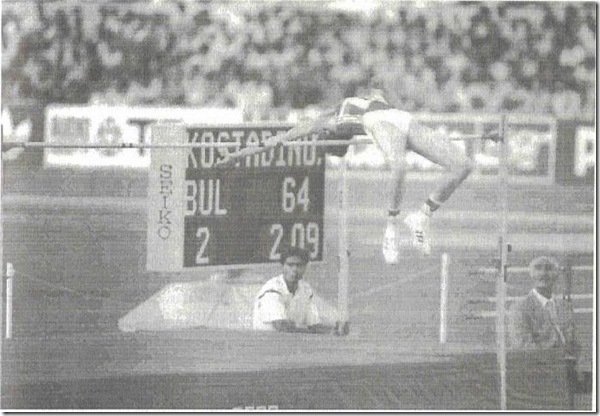 Perhaps it should be printed and posted on her bedroom wall for motivation?

People love World Records, and that is why Usain Bolt and Elena Isinbayeva are big draws at Track meets.  Let’s add the women’s high jump to that repertoire and start filling up stadiums.