What is the World Record for the Plank?

You are here: Home / Training / Abs & Core / What is the World Record for the Plank?
22
SHARES
FacebookTwitter

This article is more about strength endurance.

One of the popular articles on this Blog is my former training partner Matt Bogdanowicz and his 60 second pull up record. (It has since been broken, but hey, records are made to be broken)  This challenge was a training prep for his 30 minute pull up attempt back in 2007.

What is the Plank World Record?

I wrote about the effectiveness of the plank in a past article Isometrics and Ab Core Exercises – The Hidden Secret? and how I thought (at the time) 2 minutes was  a great milestone.

Beginners can aim for 1 minute as a goal, as most of them can barely do 30 seconds!  Don’t believe me?  Go ask anyone in an office to try it.

Then the record was later smashed to 3 hours and 7 minutes. 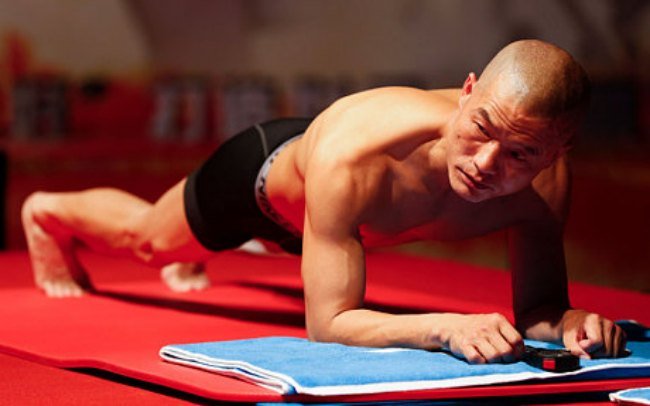 Mao Weidong (pictured above), a member of the Beijing Police department SWAT team, did 4 hours and 26 minutes last week!

The plank is usually the last exercise I do for my core strength routine, but only for a few minutes!

Expect to see a 12 hour plank in the next 5 years as this may the only chance to break a WR.  It won’t be a speed or strength event, so why not strength endurance?