This article and compiled statistics is guest blogged by Ian Graham.  Click here for Part 1 of the article Was Carl Lewis Right about the Long Jump being Pathetic? 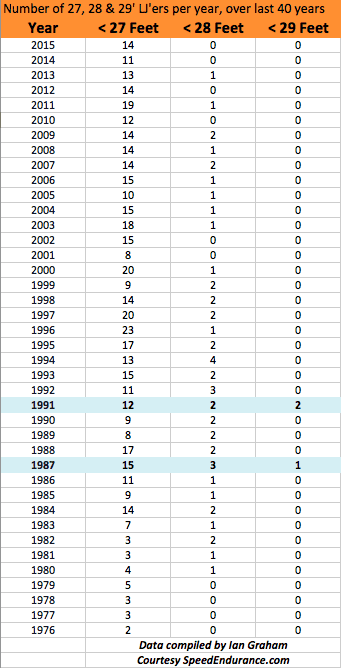 The next 29 foot jump came in 1987 by Robert Emmiyan. Then 4 years later we’d have the first competition with 2 men going over 29 feet in Tokyo, Japan at the 1991 world championships.