Usain Bolt Puma Cell Mio – Where are They Now?

You are here: Home / Beijing 2008 / Usain Bolt Puma Cell Mio – Where are They Now?
0
SHARES
FacebookTwitter 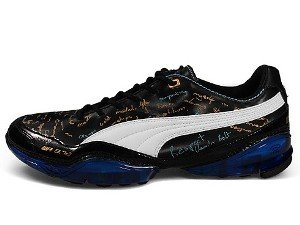 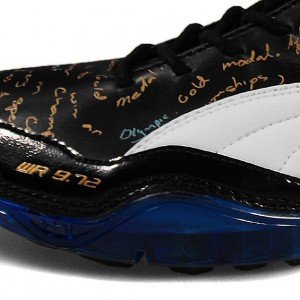 Commercialism. Isn’t that what the Olympics are all about?

On the day before Usain Bolt set his record breaking 9.69 100 meter win in Beijing, PUMA announced the exclusive release of 180 pairs of Usain Bolt’s Puma Cell Mio on August 19th.

An updated version of Puma’s Cell cushioning and energy retention technology were used on this shoe. Inscribed on the upper shoe are goals and positive statements and phrases Bolt used to remind himself of success and victory. Times three. It even has his world record of 9.72 set on May 31, 2008.

The original shoe is all black with a white stripe and a bright blue translucent Cell sole.

Immediately after reading this press release, I put an alert on eBay, wondering when these will become available as collectors items. I already own a Michael Johnson limited edition Swatch watch from Atlanta 1996. (Thanks, Derek!)

For over 3 months, I’ve heard nothing. Not a peep. Zilch. Then last week, an alert finally came in via email.

Two versions are available. Both black, with a gold or light blue stripe.

Check them out on eBay!