Next to the Olympics and World Championships, the NCAA “March Madness” Basketball Tournament is my favorite event.

It’s simple… all you have to do is go 6-0 on 3 consecutive weekends to win the National Championships.  So Go Hard or Go Home.  It doesn’t matter if you are 27-0 or 18-12, just throw out all your damn stats and start with a fresh slate.

Who can ever forget the 1985 NCAA Basketball Tournament when 8th ranked Villanova defeated #1 Georgetown with Patrick Ewing?   This is the video I show to my athletes because it just demonstrates anyone (or any team for that matter) can win on any give day. Throw out those damn stats. Let them play hard for 40 minutes, and give 100%.  Same goes for the 4x400m relay. 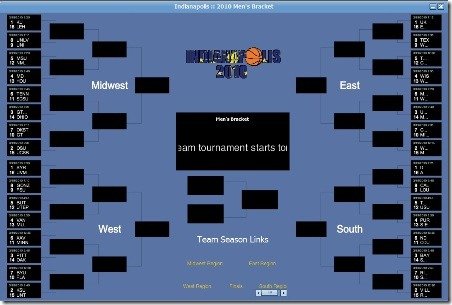 When the tournament begins on Thursday Tuesday, you can get a great analysis of the game details. (Do we really care about the Arkansas Pine Bluff and Winthrop “play-in” game outcome?)  No #16 seed has ever defeated a #1 seed since the field was expanded to 64 teams in 1985.  But there’s always a first time.

The tournament is a single-elimination format with no consolation games. If this were the Olympics, you would have the 2 losers of the semi-finals play in a useless “bronze medal game”. Interesting concept for more TV revenue!