Bolt claims to have run a 31.0 hand time in practice.

The closest threat is Gary Kikaya with a personal best of 31.95 set in 2005.  Other than that, it’s simply another time trial for Usain Bolt.

The big question is the lane draw.  The outer lanes start on a straight line.  The inside lanes have the initial curve to negotiate.    When Michael Johnson set the WR, he requested lane 6 to take advantage of this fact.

Here is an awesome photo that shows the 300 meter stagger. 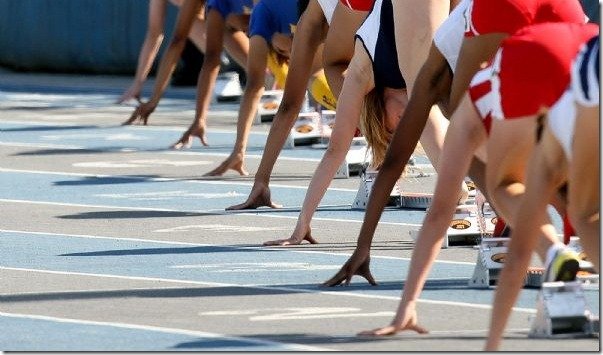 UPDATE: Check back on this site in a few hours for the latest Video of Usain Bolt’s 30.97 300 meter performance in Ostrava, an official sea level world best. 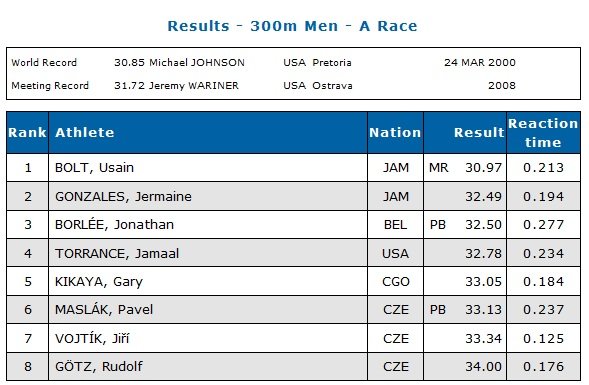