iDashboards has done it again.

iDashboards even covered the 2008 Presidential Election!

The company provides an interactive dashboard designed to allow visitors to explore countries’ past performances, track medal counts and stay up-to-date on the latest scorecard.  The company’s dynamic dashboard builds upon the success of iDashboards’ past specialty dashboards, so it just gets better every time.

As medals are awarded, the dashboard will become increasingly interactive, allowing the readers to drilldown into each event and country for additional insight into the games. 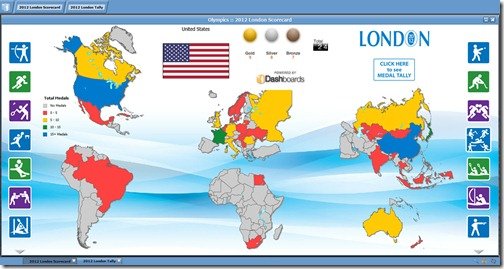 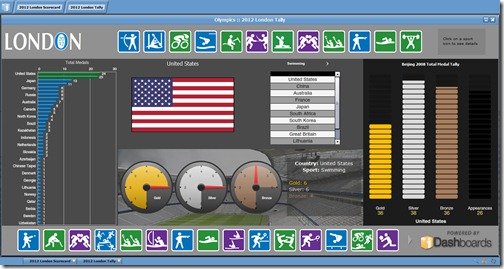 DISCLAIMER: The creation of this dashboard was an independent project and has not been endorsed by the International Olympic Committee.